Entrepreneurs gather on South Bank to launch businesses in 54 hours

More than 60 people worked in 11 teams for 54 hours over the weekend to create new technology-based business ideas at the London Startup Weekend held at the IBM building on the South Bank. 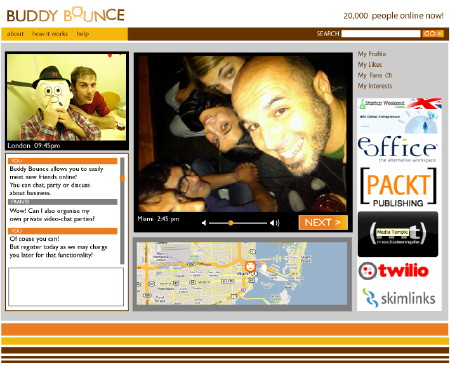 Participants gathered at IBM South Bank on Friday evening and worked through the weekend. At the end of the weekend the teams then had to pitch to a jury of well-known London entrepreneurs.

Many of the new startups made use of well-known social media services, worked on events or mobile and location-based ideas.

A concept called BuddyBounce – devised by SE1 locals Giulia and Emma – won the award for startup most likely to make a million pounds.

BuddyBounce is described as 'video speed networking' for events. The team came up with the concept after using Chatroulette and is for consumer brands, marketing agencies and anyone creating an events. It's like a fun icebreaker that can have value also as pre-conference tool.

The award for startup with the best crowd appeal went to Brit My Pride, an app to test your knowledge of national and international accents.

Initially a fun app for iPhone and Facebook, the team behind the concept plan to do more serious versions for English language teachers and students.

The main prize was won by Rags 2 Riches, a mobile location game where catching up with friends can earn you 'money'. Every time a member checks in they could collect 'money' or charge rent. Members can also buy and sell locations from with their team.

Zolidays – which lets you plans your holiday from your social network profile – won the people's choice award. Once you login with Facebook connect and enter your budget a holiday location is recommended for you. Zolidays will also work without logging in.