New Kent Road was closed for more than four hours on Friday afternoon after a collision between a car and a pedestrian at the junction with Meadow Row. 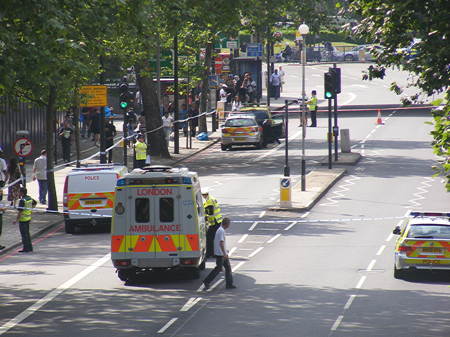 Police were called at about 2.40pm to the corner of New Kent Road and Meadow Row.

The London air ambulance was also called to the scene.

A Metropolitan Police spokesman told the London SE1 website that a man, thought to be in his thirties, was critically injured in the collision.

No arrests have been made in connection with the incident.

The closure of New Kent Road caused widespread delays to traffic during the Friday rush hour, with all routes via the Elephant & Castle badly disrupted.