A newly landscaped garden and play area outside Burwash House on the Kipling Estate has been named 'The Haye' in honour of the Bermondsey-born boxer who cut the ribbon to open the space on Tuesday evening. 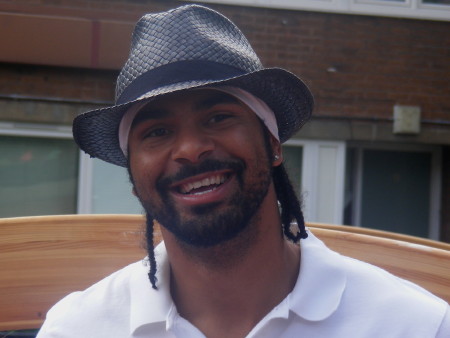 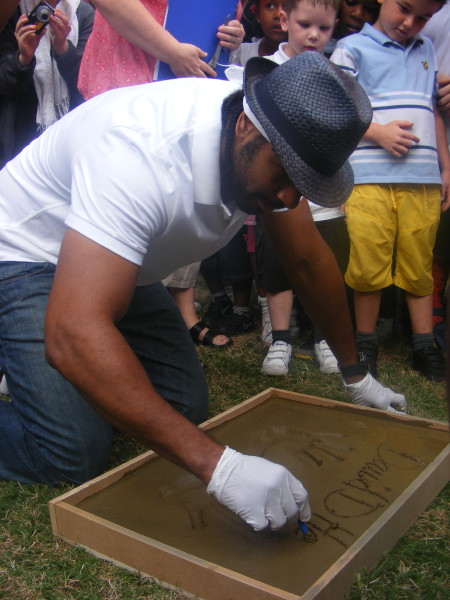 Adults and children clamoured to get the autograph of the boxing star who was brought up nearby, attended Snowsfields Primary School and trained at Fitzroy Lodge in Lambeth.

The new-look garden between Burwash House and Mulvaney Way was designed and created by BA Design for Interaction and Moving Image students from the London College of Communication at Elephant & Castle.

The work was funded by a £22,000 grant from Southwark Council's Joint Security Initiative and carried out in partnership with Leathermarket JMB.

The plan was to test whether making public areas more interesting and involving local people in the design will make these areas less prone to vandalism and misuse.

LCC students May Safwat, Ricky Knowles and Diego Ulrich came up with the the design.

When there was no funding to pay for someone else to do the work, May, Ricky and Diego worked with JMB staff, during one of the coldest spells of the year, to transform the area.