A man arrested during a police operation on the Tanswell Estate in Waterloo during which a handgun was thrown out of a window has been sentenced to seven years in jail. 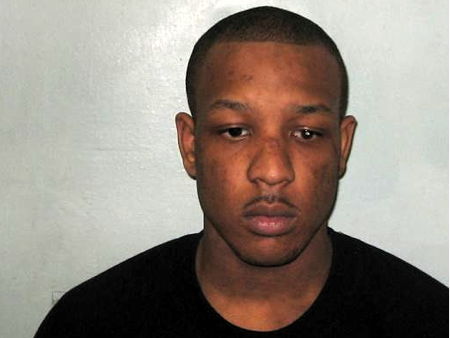 20-year-old Lorenzo Brooks of no fixed address was on Monday sentenced to a total of seven years imprisonment for possession of a handgun and crack cocaine.

Brooks was arrested by detectives from Trident on 3 April 2009, during an intelligence-led firearms operation at an address in Davidge House on the Tanswell Estate close to Waterloo Road.

At the rear of the building, close to the rear windows of the flat in which Brooks was arrested, officers found a handgun which had been thrown out of the window in an attempt to conceal it.

The gun was found on the ground with its magazine nearby and a bullet visible.

Whilst under arrest Lorenzo Brooks was also found to be in possession of crack cocaine for which he was later charged.

Lorenzo Brooks also pleaded guilty to two further charges of possession of heroin and cocaine with intent to supply.

These charges relate to his arrest in Croydon last January when officers executed a drugs warrant.

At an address on Miller Road they found heroin and 6.2 grams of cocaine with a street value of about Ł700.

"Lorenzo Brooks' guilty plea and subsequent sentence is illustrative of the evidence Trident detectives built up to ensure that another person with a destructive influence on the community has been put away for a considerable amount of time."