Australia's first saint, who is to be canonised on Sunday in Rome, has strong links with Southwark. 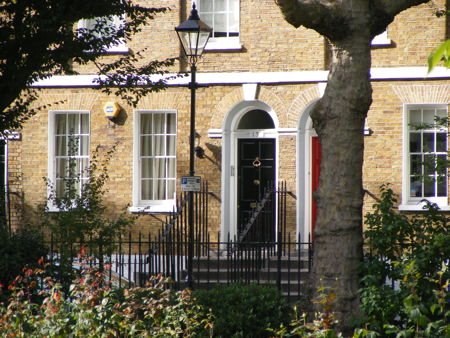 Blessed Mary MacKillop, who was born in 1842 and will be known as St Mary of the Cross MacKillop, founded the Sisters of St Joseph of the Sacred Heart. Last year was the centenary of her death.

In October 1873 and summer 1874 she visited St George's Cathedral because of its association with Fr Julian Tenison Woods who is recognised as co-founder of the order.

Julian Woods was born in 1832 and brought up in West Square off St George's Road. The family, including five brothers and a sister, lived first at number 13 and later in another house on the far side of the square. The address was well placed for his father who worked as a parliamentary reporter for The Times. Both the House of Commons across Westminster Bridge and Printing House Square across Blackfriars Bridge could be reached on foot.

Baby Julian was baptised in St George's which was then a temporary building. At Christmas 1848 Julian and his sister Henrietta made their first communion at the newly opened St George's Church. It was two more years before the church became a cathedral.

Young assistant priest Frederick Oakley ran weekly Latin and Greek lessons attended by Julian. He was also a server and was present when the Passionist Fathers, led by the Princess of Wales' ancestor George Spencer, came to preach. Shortly afterwards Julian left Southwark to train as a priest with the Passionists.

A decade later he was appointed parish priest of Penola in Australia where he came into contact with Mary MacKillop. She was anxious to help the poor and Fr Woods, having visited the Sisters of St Joseph at Le Puy in France, was happy to help her to establish an order.

He drafted the new order's first rule that the sisters would not own any property. Together the priest and future mother foundress Mary opened a school.

Mary and her sisters built more schools, orphanages and clinics as part of their mission to children. In leading this initiative she was for a time in conflict with the church hierarchy and was even briefly excommunicated.

This weekend's canonisation in Rome is being watched by many in Australia where it is considered to be an even more significant event than the recent beatification of her contemporary John Henry Newman in England.

Mary MacKillop was the first person to appear in the Inspirational Australians one dollar coin series. There is a bridge in Adelaide and an electoral district named after her and she is being depicted in a film and a musical.

This week her face has been beamed on to the Sydney Harbour Bridge pylons every night.

• In Britain a book Mary MacKillop: the Ground of Her Loving, written by Margaret Paton, has been published by DLT (£10.99).

• The Pope will celebrate the canonisation Mass in St Peter's Square at 9am (BST) on Sunday.