The owner of the Chinese Canteen in Waterloo Road has been ordered to pay nearly £5,000 after food safety inspectors found mouse droppings, dead cockroaches and dirty surfaces and utensils at the premises. 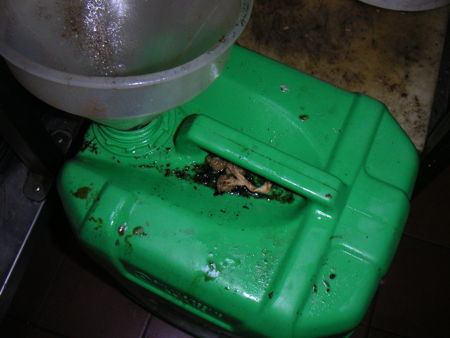 At one inspection environmental health officers from Southwark Council spotted two dead cockroaches squashed in the food safety log as well as seeing one crawling across a surface used for food preparation.

George Colairo, proprietor of the restaurant since 1998, was ordered to pay Ł2,000 for the seven offences, in addition to nearly Ł3,000 for the full legal costs for Southwark Council.

In June of this year food safety inspectors from Southwark Council visited the premises, and discovered the mouse droppings and evidence of cockroaches.

Environmental health officers also spotted cooked meat on a shelf in a dirty sieve, with the run off liquid dripping into a bowl of open cooked noodles below.

They also saw cooked foods, such as cooked meat and prawn crackers, being kept in dirty, used cardboard boxes, food handlers not washing their hands as often as necessary or sanitising surfaces to protect food safety and food being left open in containers with no – or ill fitting – lids

After a warning to clean up the premises immediately they returned the next day to find none of the necessary action had taken place and the business was shut down.

It has since reopened and adopted a full regime of hygiene control practices and training for its staff.

"This court case sends a clear signal to other food businesses in the borough that we can't accept, and won't tolerate, any breaches in food hygiene," says Cllr John Friary, cabinet member for community safety.

"The implications for the safety of our residents are serious, and I welcome the decision taken by the court."

The takeaway has long been popular with staff from the London Ambulance Service headquarters across the road.