Detectives in Lambeth have released an e-fit of a man who attacked and sexually assaulted a young woman in Archbishop's Park last December. 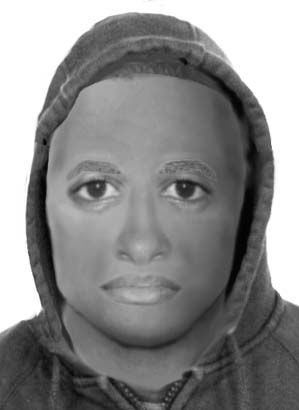 The 21-year-old woman was walking through Archbishop's Park on Thursday 16 December at about 3.40pm when she heard footsteps behind her.

Turning around, she saw a man who then sexually assaulted her and chased her through the park towards the Lambeth Road entrance.

The victim managed to escape and reported the matter to the police and an investigation was launched by detectives from Lambeth Police's sexual offences unit.

"This was a worrying attack on a young woman and we are doing all we can to identify and arrest the man responsible," says Detective Constable Danny Wood.

"However we have also released the e-fit in the hope that someone will recognise him and contact us.

"I would also urge anyone who was in Archbishop's Park on that day, and may now remember seeing the victim running or the suspect, to contact police."

The suspect is described as a black man who was about 6' 2" tall and of slim build. He had "bulging eyes" and was dressed in a dark puffa-type jacket, dark jogging bottoms and a dark coloured top with a hood that he wore over his head.

Detectives are asking any witnesses or anyone with information to contact them on 07785 382837 or to remain anonymous contact Crimestoppers on 0800 555 111.