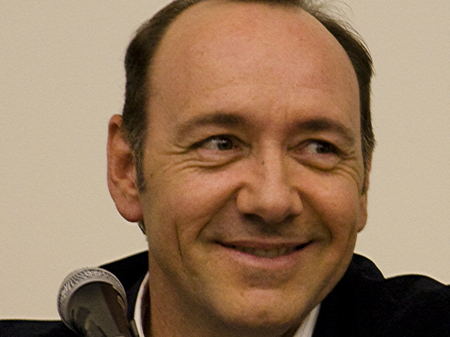 Photo by Pinguino is reproduced under a Creative Commons licence

The Old Vic Tunnels, a performance space underneath Waterloo Station, has been recognised for its work to train and support young people.

More than 300 people have taken part in the Old Vic Tunnels Volunteer Scheme which trains 16 to 25-year-olds as producers, marketeers, technicians and front of house staff.

"This is an incredibly exciting project, bringing together young people from diverse backgrounds and offering them the chance to be part of such a creative and engaging venture at the heart of their community," said David Cameron.

"It's a really inspiring example of the Big Society in action, giving young people responsibility, the opportunity to develop skills and confidence and to make a difference to their area at the same time.

"Congratulations to everyone behind the scheme and all the volunteers who have helped to make The Old Vic Tunnels such a success."

On receiving the award at Downing Street, Kevin Spacey said: "We're delighted that our work at the Old Vic Tunnels has been recognised with this Award. The Old Vic has always invested a great deal of energy and investment into building programmes that connect with the communities it serves, whether by enabling local residents to watch productions at reduced prices, developing extensive educational initiatives to inspire young people or by encouraging people in our neighbourhood to take the stage and explore new ideas.

"The Old Vic Tunnels has given us an exciting new space where new talent can develop and where we can extend the reach of our work into the community. It has also allowed us to bring visual artists together with theatre producers and musicians to create truly innovative productions. We're grateful for the support we've received so far and excited about the long term future of this unique space."

The Old Vic Tunnels receives private sector support from Bloomberg which has been has been matched by v inspired, a scheme to encourage 16-25 year old volunteers.

Despite the Government's enthusiasm for the Big Society v, the National Young Volunteers' Service, is to make half its staff redundant as it faces severe funding cuts.

A fire in the Old Vic Tunnels last December led to the cancellation of a series of events.

This month's Coming Up festival organised by IdeasTap has been relocated to the Debut club at London Bridge as work to repair the fire damage at the Waterloo venue continues.

Earlier this month Lambeth's planning applications committee voted 4-1 in favour of granting a further year's planning permission for temporary use of the arches for theatre purposes.