Spots dry cleaners in Great Guildford Street was the scene of an attempted robbery on Thursday morning. 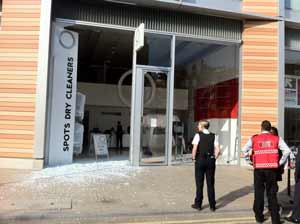 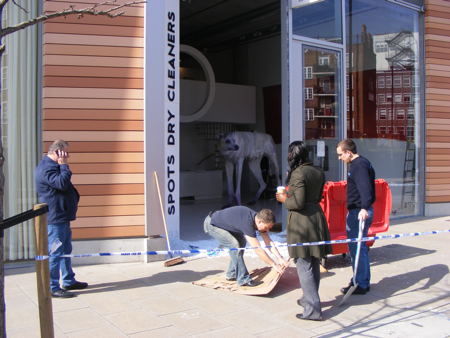 The shop – part of the Bankside Mix complex – was targetted about 7.50am on Thursday when a van rammed into the entrance.

Like its neighbours Vapiano and the Bankside Community Space, Spots has a large glass frontage.

Its entrance and the pavement were left covered in shattered glass.

A male suspect attempted to steal from the premises before making off on foot.

A valuable sculpture of a wolf by Pawel Wocial on display in the shop, which doubles as the Unit 24 art gallery, was undamaged.

Police are appealing for witnesses to contact DS Duncan Hodge on 020 7232 6142 or via Crimestoppers.

Last Monday police were called to Crussh in Sumner Street, also part of Bankside Mix, after the premises had been broken into and left insecure.