Blackfriars and Waterloo Bridges have been packed with people making their way to the TUC March for the Alternative. 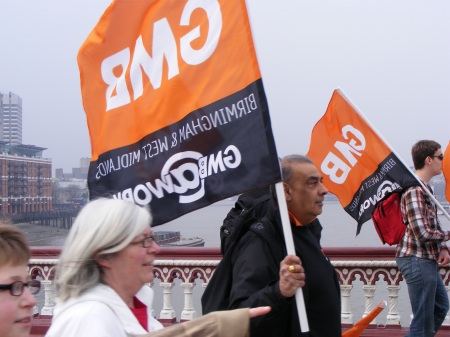 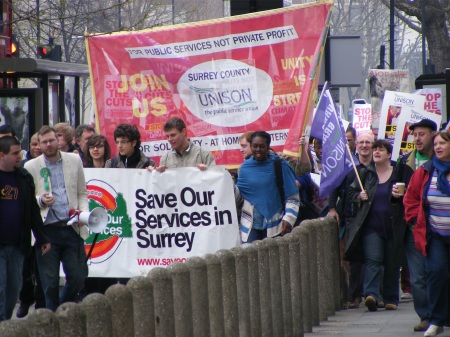 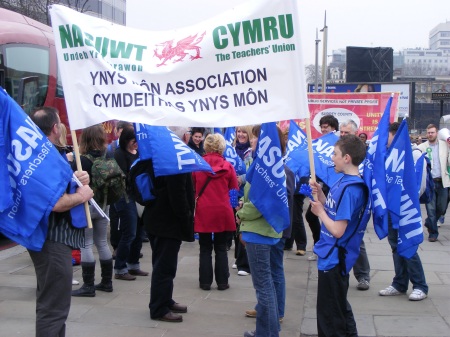 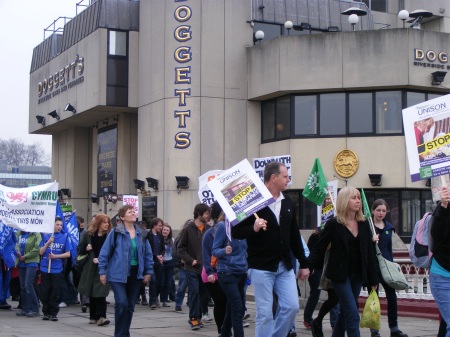 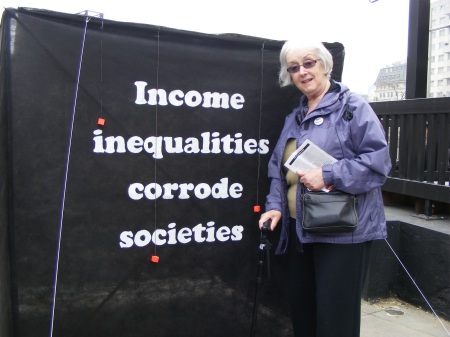 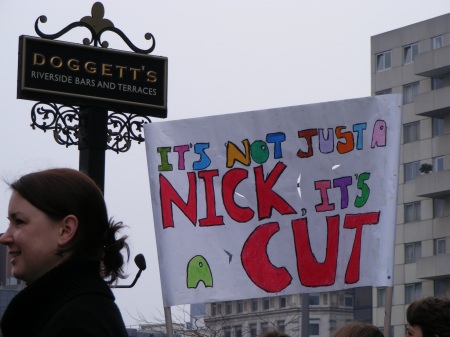 On Saturday morning flags, banners and placards were being carried up Blackfriars Road at 9.45am and by 10.15am a number of Southwark Labour Party members and supporters were assembling outside the Metropolitan Tabernacle at Elephant & Castle.

All morning crowds streamed out of Waterloo Station to reach the main march starting point on Victoria Embankment.

Just after 11am Surrey County Council staff set off from Southwark Station with their banner heading for Blackfriars Bridge and Victoria Embankment.

Teachers from Wales, the West Midlands and Hackney gathered outside Doggett's pub on Blackfriars Bridge.

A huge black cube with small cubes hanging on the sides, representing an annual increase for the wealthly set against normal income, was carried through Gambia Street Garden by the Loman Street-based Equality Trust. Later it was to be carried in the main procession behind the London Equality Group banner.

Protestors from Cornwall completed their journey to London by water arriving at Lambeth and Blackfriars Piers.