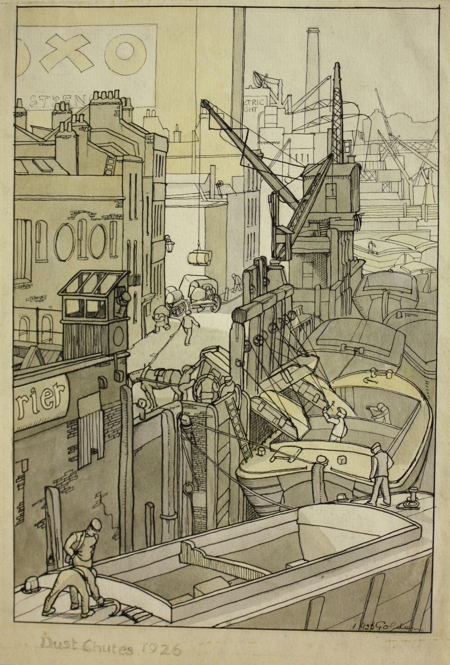 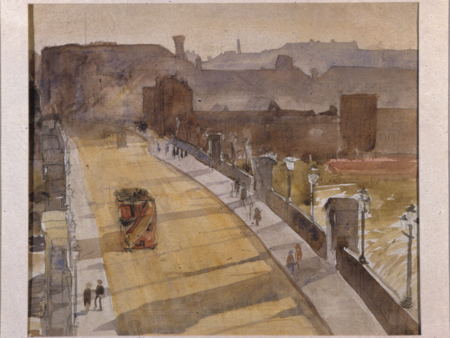 Crossing Centuries: Works by women artists 1830 to 2000 at the ASC Gallery at St George's Circus includes six studies by Grace Golden who lived next to Southwark Bridge from 1909 when she was five until late in life.

At the time of her death in 1993 she was an an honorary archivist for Shakespeare's Globe.

One picture dated 1927 shows the view from the north of Bankside with the tower of St Peter's in Sumner Street visible above the low rise buildings. The church, on the corner of Emerson Street was damaged by bombing in 1940 and later demolished.

There are two views of Southwark Wharf which is now occupied by the Financial Times.

Golden studied and later taught at the Royal College of Art. She exhibited at the Royal Academy between 1936 and 1940, worked with Marcus Morris on The Swift Annual and illustrated some of Enid Blyton's stories. The Tate holds two of her works featuring Embankment Gardens and Speakers' Corner.