Metropolitan Police officers and Transport for London's workplace violence unit are appealing for witnesses to an assault on the driver of a 453 bus in Old Kent Road last December. 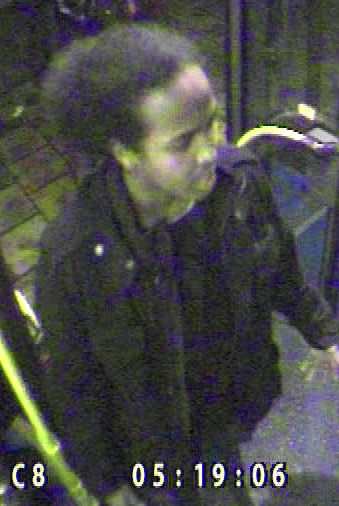 The incident happened at about 5.20am on Sunday 5 December 2010 on board a route 453 bus which was waiting at traffic lights on Old Kent Road SE1.

Detectives say that a group of males boarded the bus using the rear doors by pressing the emergency exit button.

The driver pulled over and demanded they get off the bus.

The suspect approached the driver's cab and punched him a number of times before making off.

The victim did not require medical attention.

The suspect is a black man, of slim build, wearing dark clothing.