"Terrorism" concerns over nightclub next to police station

The British Transport Police have cited "serious crime and counter-terrorism concerns" in their objection to a planning application for a nightclub near London Bridge Station. 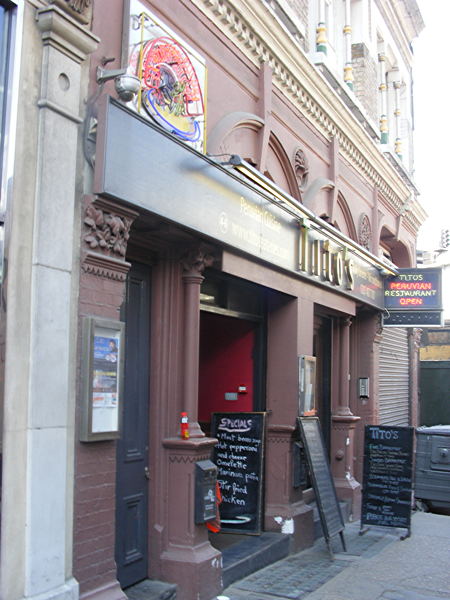 Tito's Peruvian Restaurant in London Bridge Street has been operating a Latin nightclub called La Pollera Colora in its basement for some time and has now applied for planning permission to regularise the situation.

The club is situated just a few yard away from the London South headquarters of the British Transport Police at Ivason House.

"We wish to object to this application on the grounds that there are serious crime and counter-terrorism concerns with a nightclub frequented by a varying clientele being located in such proximity to our area headquarters – a secure police building," writes BTP regional operations manager Michael Highland in a letter to Southwark Council planning officers.

The letter also complains about antisocial behaviour by revellers from the now-demolished Hidden Julep bar on the corner of Borough High Street. The BTP claims that the entrance to its offices was "in nightly use as an outdoor urinal".

The London Bridge Hotel has also objected to the planning application due to noise disturbance from people gathering on the pavement and vibrations from the music played in the club.