The Spitfire, Hurricane and Lancaster leading the Royal Wedding flypast were over the South Bank at 1.30pm as Prince William and Catherine stepped on to the Buckingham Palace balcony. 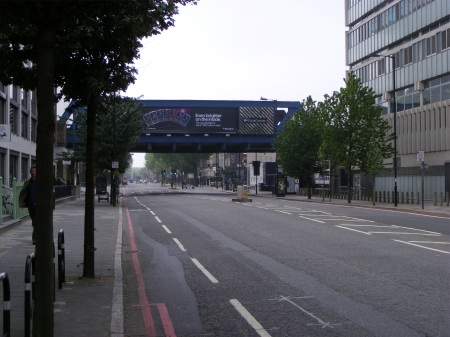 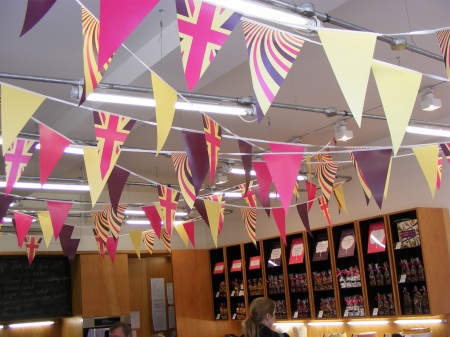 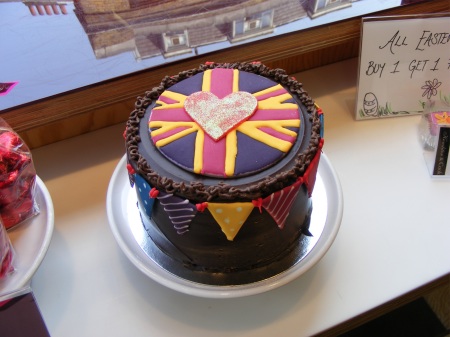 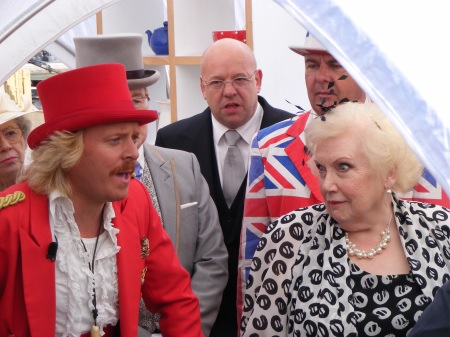 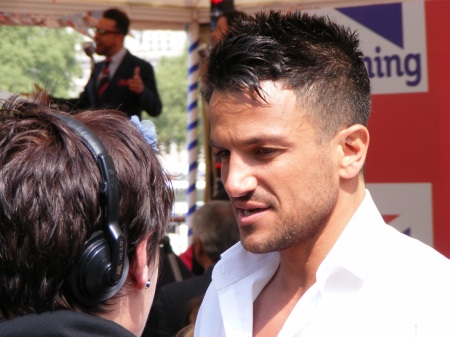 Peter Andre at the This Morning street party

The helicopter was flown by members of ‘B’ Flight 22 Squadron of which William is a member. On receiving a signal from Buckingham Palace, the ensign was trailed as the helicopter turned upstream ready to escort the couple as they drove from the Palace to Clarence House.

During the wedding service broadcast in the morning there was little traffic on SE1 streets. However, whilst Blackfriars Road was deserted, the quiet was broken by the sound of drilling at the hotel building site on the corner of Meymott Street.

The day began with the Daily Telegraph handing out free binoculars at Waterloo Station to people arriving to watch the procession.

In the afternoon Sky News held a party on the National Theatre terrace as a backdrop for its live interviews with people who had known the couple at university and earlier in their lives. The Good Morning America breakfast show was also coming from the riverside.

The London Eye was lit up in red, white and blue colours on the eve of the wedding and was due to be again on Friday night.

Wedding celebrations began in SE1 on Thursday morning with ITV's This Morning 'Street Party' held on the riverside near Gabriel's Wharf. Master of ceremonies Keith Lemon announced celebrity visitors including Peter Andre and even Royal lookalikes.

Among several wedding cakes on show, but not all cut, were an ice cream cake, a knitted cake and one covered in edible gold leaf.

Nearby Konditor and Cook in Stamford Street was displaying its own Royal Wedding cake which can be purchased.

The editorial team at Hello! magazine in Broadwall is planning to work late into the night preparing the Royal Wedding issue. This will be its largest issue for any Royal Wedding with 264 pages. It should be on sale before the end of the Bank Holiday weekend.

The Southbank Centre is staging a themed Royal Wedding Weekend of events until Bank Holiday Monday.