South Bank street performer Dechko Ivanov was last week sentenced to serve at least four and a half years in jail for attacking a fellow performer near the London Eye last summer. 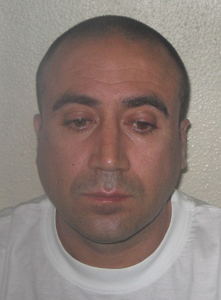 Police were called to the Queen's Walk near Jubilee Gardens and the London Eye at about 11.40am on Tuesday 1 June 2010.

Officers found a 45-year-old man suffering from a head injury. He was taken by ambulance to hospital and was found to have suffered a fractured skull.

Ivanov, a Bulgarian national, was arrested at the scene on suspicion of grievous bodily harm with intent.

The court heard that the victim was a street performer who was dressed in a long silver jacket, a pointed hat and was carrying a wooden stick at the time of his assault. Ivanov was also a street performer and was wearing a silver outfit with a crown and carried a staff.

The two men argued over where each would perform and Ivanov struck the victim with a drawstring bag containing two bricks in full view of tourists and other members of the public who were in the area.

He later claimed that he had the bricks to weigh down his possessions in order to stop them being blown away.

Ivanov pleaded not guilty to a charge of GBH with intent but was found guilty after a trial at the Inner London Crown Court last November. He was sentenced on Friday 6 May.

"It is extremely lucky that after extensive medical care he has made a good recovery. The prosecution was assisted enormously by members of the public who saw what happened and identified themselves to police and subsequently gave evidence during the trial."

The victim is a Bulgarian national and has now moved to Belarus.