Brian Sheridan, the controversial owner of the Wicked nightclub in Tooley Street, has announced the formation of a new association to represent the interests of club owners and promoters. 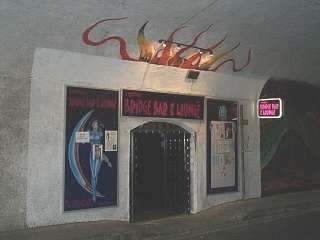 The move follows last week's news that the licencing hearing at Southwark Town Hall for Sheridan's proposed sex establishment licence, scheduled for Tuesday 20 May, has been postponed.

Brian Sheridan yesterday announced that he has formed NOPLA, the Nightclub Owners, Promoters and Licensees Association. In light of what he claims is the archaic state of Britain's licensing laws and the impending transfer of licensing to local authorities, Sheridan believes that owners, promoters and licensees should have a representative body.

Sheridan's determination to set up this association has been fueled by the strong opposition to his venue – located in the arches below London Bridge's southern approach – from neighbouring businesses and organisations, including Southwark Cathedral. The club has also been the subject of fierce debate in the London SE1 forum.

Brian and Caroline Sheridan, who describe themselves as property developers, bought Cynthia's restaurant and nightclub in December 2002. The venue was originally named after the innovative robot barmaid which continues to mix cocktails for club-goers.

"We are NOT Nazis or Fascists" says Brian Sheridan, who goes on to add that "the British have committed more terrible atrocities than anyone over the last 1000 years. We make the Nazis look like they were in kindergarten."

Since the Sheridans took over, the venue has been renamed Wicked and the new owners are seeking a sex establishment licence to allow sexual encounters at their members-only fetish nights, Club Wicked and Extremely Wicked.

A report in Friday's South London Press suggests that the Sheridans may have changed their plans, and instead of the full sex establishment licence are now seeking waivers to the regular public entertainment licence, which, Brian told the SLP, would allow Wicked to operate "within similar restrictions as somewhere like Spearmint Rhino".

Controversially, the Sheridans have previously said that in order to offset the Ł20,000 cost of the sex establishment licence and other permits, they plan to create striptease and table dancing clubs for men and women on certain afternoons and evenings.

According to the Sheridans, specialist solicitors they have consulted claim that "sexual activity between consenting adults in a private place is a grey area and that the police selectively rely upon legislation that is over 250 years old".

The Sheridans argue that under the European Charter of Human Rights sexual interaction between consenting couples is now legal if public decency is not affronted.

Annual fees for the new organisation range from Ł100 for pubs and promoters to Ł1000 for "executive membership" for club owners with five or more outlets.

The association will initially be based at Wicked in Tooley Street and Brian Sheridan will be the first chairman.