Call for artists to create Charles Dickens trail in The Borough

The 'Dickens in The Borough' group has issued an invitation to artists for expressions of interest to 'develop an artwork' to commemorate the Charles Dickens bicentenary. 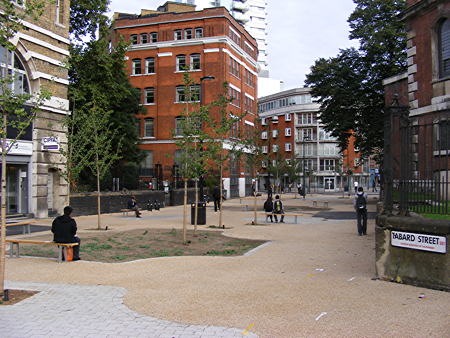 Next year is the 200th anniversary of Dickens' birth and, with his deep Southwark associations, it is planned to place the permanent artwork in a prominent place.

The invitation follows the announcement earlier this year of the Southwark initiative as part of a nationwide series of commemorative events and projects.

"I conjure to my friends on no account to make me the subject of any monument, memorial or testimonial whatsoever," wrote the author in his will.

The committee says: "In keeping with his wishes we particularly solicit expressions of interest from artists who are able to convey a contemporary reading of this rich history, rather than a traditional memorial."

The most significant site, according to the organisers, is the new public space on the north side of St George the Martyr, the 'Little Dorrit Church'. Opposite are the remains of the Marshalsea Prison where Dickens' father was imprisoned for debt in 1824.

The full plan involves also highlighting, with associated artworks, a number of other important sites which have resonance for the relationship between Dickens and the Borough. A trail which can be followed by visitors and tourists is suggested.

Subject to funding, the trail would be supported by a leaflet and a phone app.

The target fundraising budget is Ł150,000 to include the winning artist's fee, production of the artworks and installation.

The deadline for expressions of interest is midday on Wednesday 6 July.

Full details are available in this PDF or from [email protected]

The winning commission will be announced on the actual anniversary Tuesday 7 February 2012.