A planning application to change an office to a cafe in Redcross Way has been turned down by Borough & Bankside Community Council. 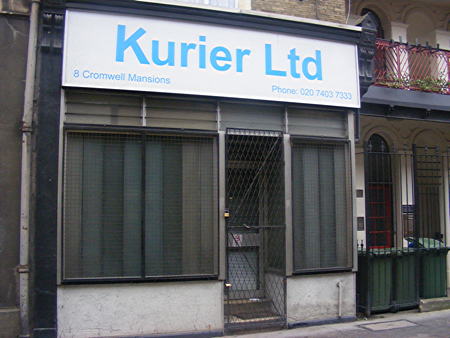 The Mango Tree restaurant on the ground floor of Cromwell Buildings sought to open a cafe in the empty unit on the south side of the Victorian flats' frontage.

The application was considered by councillors meeting on Thursday evening at the Ability Media Centre in Southwark Bridge Road.

Objections to the change of use came from residents of Cromwell Buildings. David Smith, speaking on their behalf, alleged that there was noise from existing customers and staff who smoked beneath the flats and left cigarette butts on the pavement.

There were also concerns about an illuminated sign "directly beneath a bedroom window". Mr Smith said that the last tenants left when the lease ended and he thought that the unit should remain in use as an office.

Shafiul Alom, a Mango Tree partner, said that he understood residents' concerns and was more than prepared to work with them to resolve issues. In answer to questioning he denied that police had ever been called to deal with noise complaints.

He added that a modern extractor with a slimline filter system would be installed and that the sign was unlikely to be lit during the 7am to 7pm trading day.

Cathedrals ward councillor David Noakes, also giving evidence, pointed out that Cromwell Buildings was both a grade 2 listed building and a residential one. There were many complaints about noise in the area.

Discussion centred around the nature and amount of hot food that would be prepared and sold at the 'coffee shop'. The applicant said that breads would be baked on the premises and food served would include hot sandwich fillings on oriental and ethnic lines. There was no intention to seek to turn the cafe into a takeaway.

The panel heard that the extraction machinery would have to be horizontal rather than the preferred vertical due to the confined area.

Councillors unanimously rejected the application on the grounds of loss of amenity due to possible noise, odour and disturbance.