A developer must spend half a million pounds making changes to a Leathermarket Street building after it was constructed in breach of planning consent. 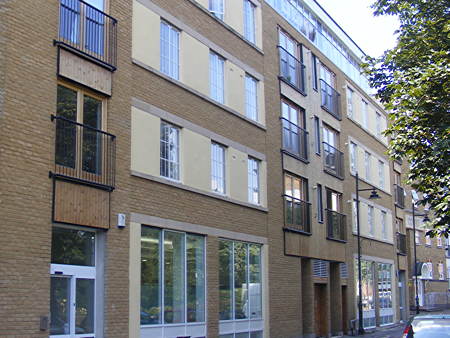 Planning permission was granted in 2004 for the construction of a building on the south side of Leathermarket Street with 11 flats, three live/work units and offices on the ground floor and basement levels.

However, the building was not constructed in accordance with the approved plans and includes 14 flats rather than the agreed mix of accommodation.

Last year a retrospective planning application was submitted after action was taken by the council's planning enforcement officers.

Southwark policy has changed since the original application in 2004 and would now require a section 106 payment and a contribution to affordable housing for a development of this size. A development of 14 homes would be expected to incorporate five on-site affordable homes.

A viability assessment has shown that the developer cannot now afford to provide any affordable housing and will have to borrow £500,000 to make alterations to the building to make it acceptable to the council.

The application was considered by Bermondsey Community Council on Wednesday night. Councillors were addressed by Charles Mills of planning agents Daniel Watney and architect Clare Mackness of Upchurch Associates.

Mr Mills assured the community council that his clients were "sincere in their efforts to mitigate" the impact of their earlier actions and were borrowing money with an interest rate of 35 per cent in order to carry out the proposed alterations.

Ms Mackness explained that Upchurch Associates had originally designed the building but had not been retained by the developer during the construction phase. Upchurch has now been re-engaged to oversee the remedial works.

As some of the flats have been sold by the developer, any further enforcement action by the council would potentially affect the new occupants of the building.

According to Artbrand's website, "the striking scheme is designed to a highly contemporary specification that encapsulates a new vision of London city living",

The building is described as a "stunning architectural design landmark development in a prime London location".

Councillors were united in their condemnation of the developer's behaviour.

"I really am miffed that the developer is getting away with this," said Cllr Denise Capstick. She later added that she still receives emails from constituents complaining about the breach of planning consent.

"They've got away with an awful lot at the expense of affordable housing in Bermondsey."

Cllr Mark Gettleson said: "It's disgraceful that the developer has acted illegally and I wish that there were more means for us to take action."

Artbrand will now have until January 2013 to carry out the alterations to the building, including new cladding and a slight reduction in height.