Summerfest 2011 took place in Archbishop's Park on one of the hottest days of the year. 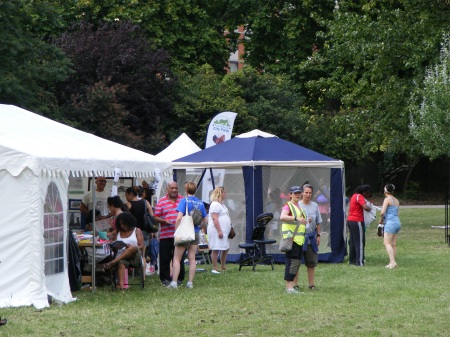 Stalls under cover from the sun 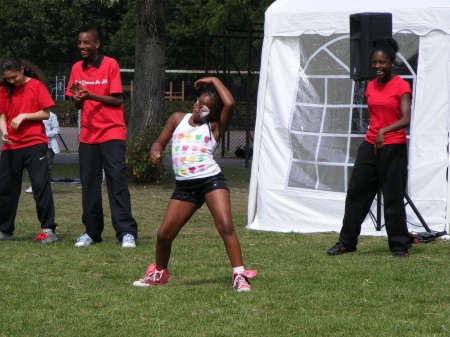 One of the dance demonstrations 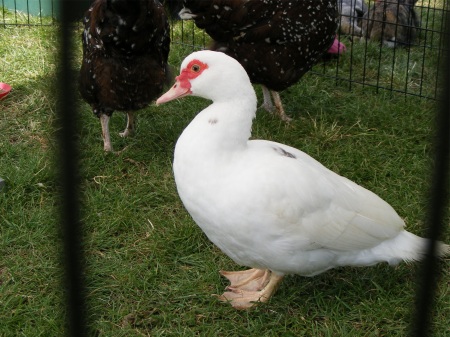 A visitor from Vauxhall Farm

The park was on show throughout Wednesday afternoon with the added attractions of Vauxhall City mobile farm, tents with stalls, food and a bouncy castle.

The nearby Marine Society came to the rescue with a power supply when electricity failed for the entertainment marquee.

Stalls included employment and benefit advice. The Cinema Museum had a display of places in Kennington and Southwark associated with Charlie Chaplin.

Those joining the garden tours saw old pictures including one indicating the location of a lost lake. The outline of the park history included a description of a Victorian Archbishop of Canterbury inviting Lambeth's 'pale children' into his garden to enjoy fresh air.

Later Archbishop's Park was carved out the Lambeth Palace garden for the benefit of local residents.

Wednesday's event was funded by the Capital Community Foundation and staged by volunteers from WaCoCo, SE1 United, Friends of Archbishop’s Park and SLAM NHS vocational services.