Allies & Morrison has been chosen to design the new indoor Jacobean theatre at Shakespeare’s Globe. 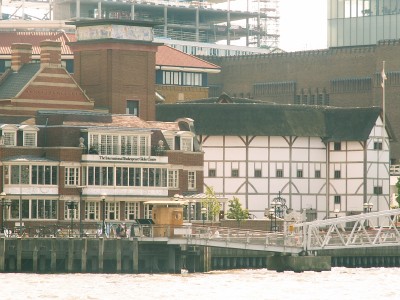 The indoor theatre is to east of the Globe

The theatre will hold 320 people with two tiers of galleried seating and a pit seating area.

When Shakespeare's Globe opened in 1997, after more than 27 years' planning and four years' construction, the indoor Jacobean theatre was left as a shell.

Not all of William Shakespeare's plays were written for an outdoor playhouse. By completing the indoor theatre for its intended purpose, the Globe hopes to be able to further its understanding of Tudor theatre practices.

Designs for the theatre are based on plans discovered in Worcester College, Oxford. They are similar to the Blackfriars theatre on the north bank used by Shakespeare and the players in winter.

Allies and Morrison is based in Southwark Street where the practice occupies the 2004 RIBA London Building of the Year. Partner Paul Appleton said: "The prospect of recreating, in the heart of Southwark, a theatre for which Shakespeare might have written his last plays represents an extraordinary privilege."

Paul Appleton will be working with Shakespeare Globe reconstruction architect Jon Greenfield on the project, supported by its master craftsman Peter McCurdy.

The Globe is fundraising with a view to beginning major construction work in November 2012. A first winter season is planned for 2013.