A multi-coloured army of 20 gorillas has appeared on the riverside next to City Hall as part of a charity fundraising drive organised by Bristol Zoo Gardens. 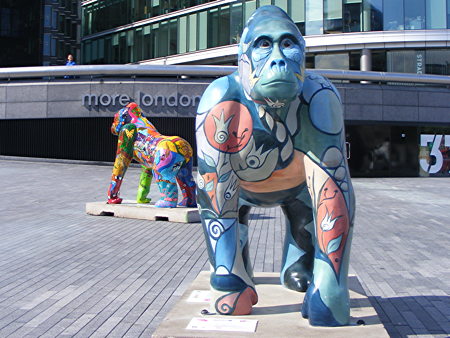 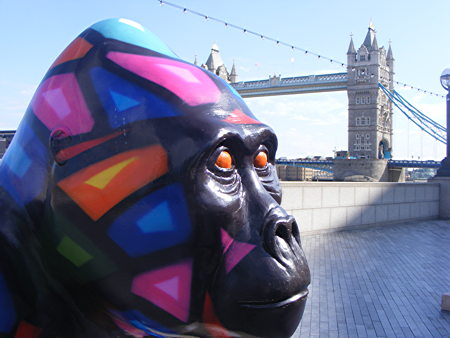 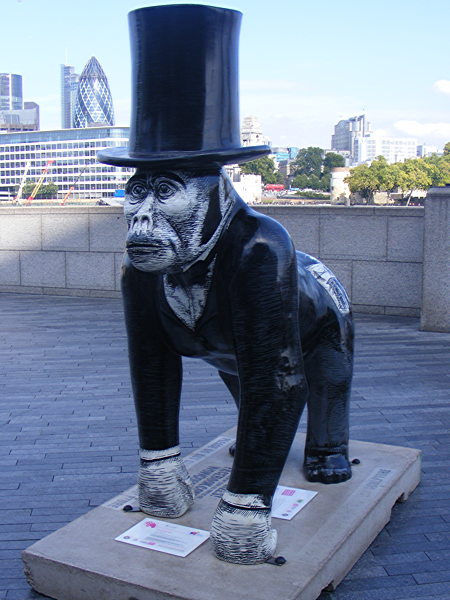 'Gorisambard' - Brunel as you've never seen him before 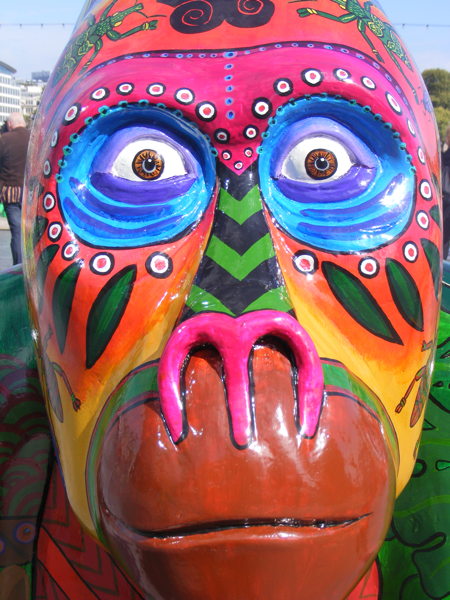 The 20 life-size gorilla statues – all individually decorated by British artists – are part of a larger 61-strong gorilla exhibition entitled Wow! Gorillas which was held on the streets of Bristol during the summer.

The decorated sculptures will be auctioned on 29 September to raise funds for gorilla conservation projects.

"The sight of 20 brightly coloured gorilla statues is really something to behold," says Wendy Walton from Bristol Zoo.

"Everyone involved in the project has been bowled over by how popular the gorillas have been with the public. Now it's time to use their popularity to raise some much needed funds for good causes."

In Bristol the gorillas have attracted a Facebook following of over 11,000 and a mobile phone app dedicated to them has been downloaded more than 5,000 times.

• Wow! Gorillas can be seen at More London Riverside until Thursday 22 September.