Southwark Street was closed for several hours on Thursday afternoon as emergency services dealt with a chemical spill. 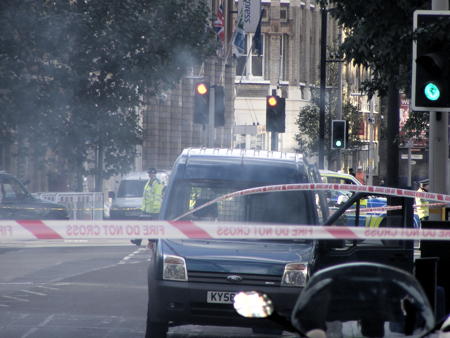 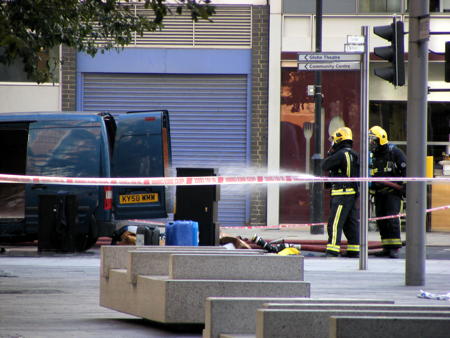 Firefighters sprayed the van with water to dilute the chemical 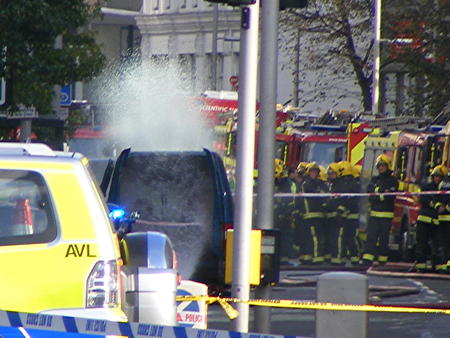 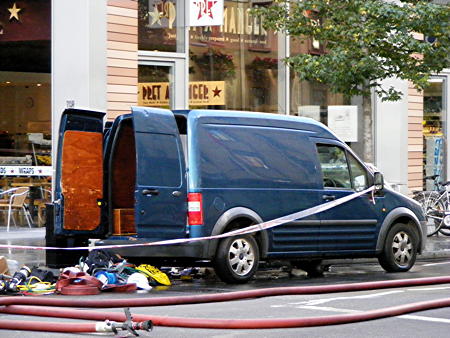 "Around 10 litres of a chemical called silver peroxide has been spilt onto the roadway from a van," said the London Fire Brigade on Twitter.

The emergency services were called at about 2.25pm to the incident at the junction of Southwark Street and Canvey Street.

Smoke appeared to be coming from a blue van outside Pret a Manger and there was a strong chemical smell in the air.

The area was soon sealed off. Bystanders were told to move away from the area or go back inside for their own safety.

At least 10 fire brigade vehicles were sent to the scene, including the scientific support unit. The Metropolitan Police and the London Ambulance Service also sent specialist units.

Firefighters hosed down the van to dilute the silver peroxide.