A 1990s regional ITV soap set at a fictional SE1 restaurant has been released on DVD. 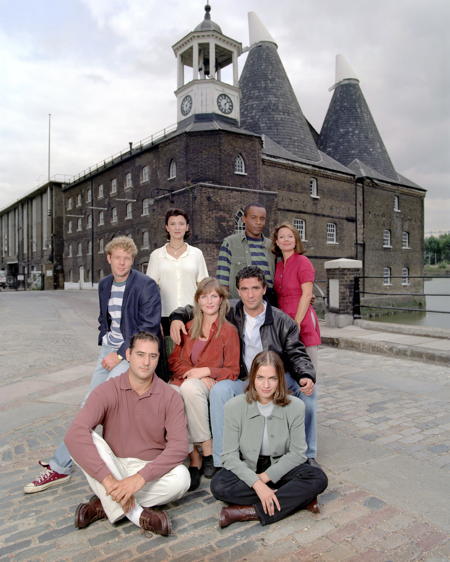 London Bridge was produced by Carlton and ran to 237 episodes between 1996 and 1999. The DVD release includes the first 13 episodes which were screened in a late-night slot before drama evolved into a twice-weekly soap with mid-evening and late-night editions.

The action revolves around the SE1 Restaurant owned by Nick Kemp and managed by his sister Liz and the inhabitants of the converted mill above the restaurant.

The series was filmed at the Three Mills complex in Bow but cutaway shots hinted at a Shad Thames location next to Tower Bridge. When one of the characters is arrested, he is taken to 'Jamaica Road' police station.

The first series features Simone Lahbib and Mandana Jones who later starred in ITV's Bad Girls. The cast also includes Ayub Khan-Din who went on to write East is East and other works for stage and screen.

Watching the series serves as a reminder of how far regional TV has declined in scope and ambition in the past decade and a half.