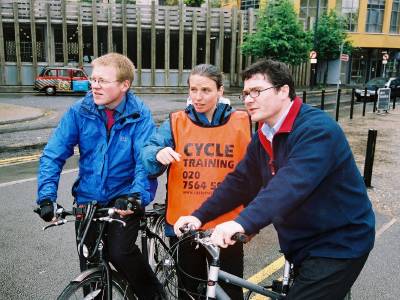 Richard Thomas, executive member for environment and transport and councillor for SE1's Chaucer Ward, has announced the competition in a bid to get more adults in the borough tuned into cycling. The council has also produced a special cycle information pack containing manuals, factsheets, cycle maps and newsletters to encourage Southwark to get on its bike.

Cllr Thomas said: "Cycling is a great way to keep fit and it's the quickest way to get round London. Bike Week provides the perfect opportunity for people to give cycling a go and our competition will allow 60 people the chance to do just that."

Southwark Council is currently working to secure funds to provide free training sessions all year round – already available to Lambeth residents – and hopes to announce details in the new year.

The two hour training sessions will be provided by Cycle Training and can be geared towards both adults who have never cycled before and want to learn and occasional cyclists who want to gain more confidence cycling in the city.

Bike Week is the UK's only annual nationwide campaign to increase participation in organised cycling, to encourage one-time cyclists to return to the road, and to promote nationally the wider social and environmental benefits of more people cycling to work.

For details of Bike Week events in the SE1 area visit the Southwark Cyclists and Lambeth Cyclists websites. These are the local branches of the capital-wide London Cycling Campaign which has its base in Great Guildford Street.