Serial rapist convicted of multiple attacks on women in Southwark

A man who preyed on lone women in their homes in Southwark during the late 1980s and early 1990s was on Tuesday found guilty of three counts of rape, four counts of burglary, two indecent assaults and two counts of grievous bodily harm with intent. 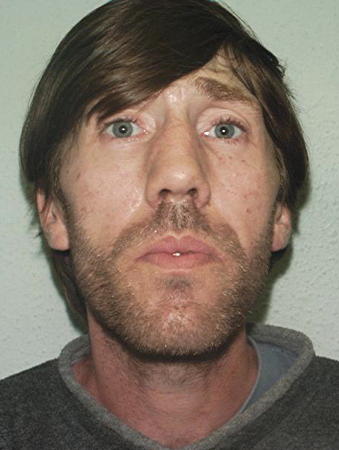 45-year-old Michael Roberts, unemployed, was arrested following a cold case review of a series of violent burglaries and rapes in Southwark during the late 1980s and early 1990s.

Roberts will be sentenced at Southwark Crown Court on a date to be set.

Between December 1988 and June 1990 he committed a series of violent burglaries, raping, beating and indecently assaulting lone women in their homes.

Roberts' youngest victim was 57 and his oldest was 83 years old. Each of the victims lived less than a mile from his home addresses in Gaywood Street near Elephant & Castle and later St James Road in Bermondsey. Some lived much closer.

Police say that he inflicted extreme violence on all of his victims.

On the evening of Boxing Day in 1988, he raped and assaulted a 57 year old woman in her flat at Redman House in Lant Street. The assault was so brutal his victim suffered a broken jaw and a fractured eye socket amongst other serious injuries.

The original inquiry linked the offences by methodology and detectives launched an extensive investigation to find the person responsible. Officers interviewed and eliminated 46 men but the perpetrator was not identified and the case remained unsolved.

In 2000 the Metropolitan Police began a review of the unsolved offences and fresh forensic opportunities were identified.

During the first investigation DNA evidence was recovered from some of the crime scenes. However, at that time the technology did not exist to identify the offender. Detectives set about re-examining this evidence using the latest techniques and technology.

In 2005 there was a DNA match and as a result Roberts was identified as a suspect. At the time of his arrest he was serving a life sentence for the brutal robbery and assault of an elderly man in his home in Lee, Lewisham.

"Michael Roberts obviously has no regard for the lives of others, and picks on those least able to defend themselves in order to steal their property," said Detective Inspector Nathan Eason.

"In the late 1980s he went even further by committing vile sexual attacks on his victims which are beyond most people's comprehension.

"Thanks to the advances in DNA, Michael Roberts was identified and has today been convicted. He will have many years in prison to reflect on the suffering he has caused.

"Unfortunately none of his victims lived to see him finally brought to justice for what he has done."