The President of Russia has been welcomed in Russian during his arrival in Southwark on the first day of his State Visit. Putin and the Mayor of Southwark 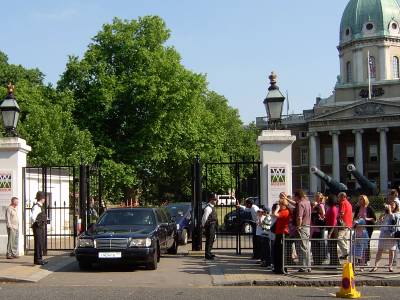 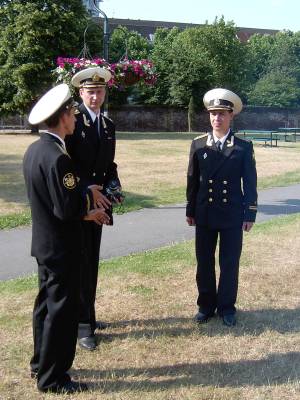 Mayor of Southwark Columba Blango, who speaks Russian, greeted President Putin at the Imperial War Museum. The Russian Leader was on his way to Geraldine Mary Harmsworth Park to lay a wreath at the Soviet World War II Memorial.

Entry to the park for other visitors was by way of an airport-style security arch due to tight security imposed following the weekend incident at Windsor Castle.

President Putin spent some time talking to Town Crier Peter Moore asking him about his role in the capital. American visitors present recognised the Town Crier from television coverage in the USA and afterwards asked to be photographed with him.

The Russian Leader, who had come direct from Westminster Abbey, afterwards returned to Buckingham Palace where he was due to meet Britain's opposition party leaders.