The 'Twelve Days of Christmas' have came to a close with the Blessing of the River and the arrival of the Holly Man. 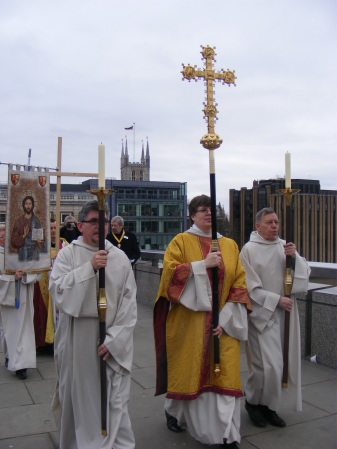 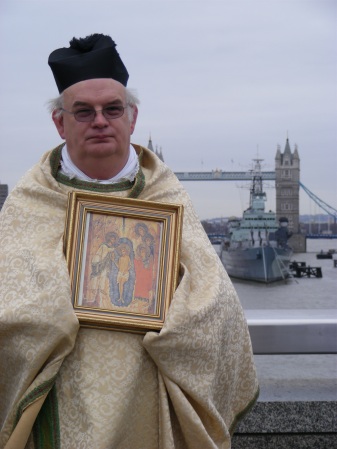 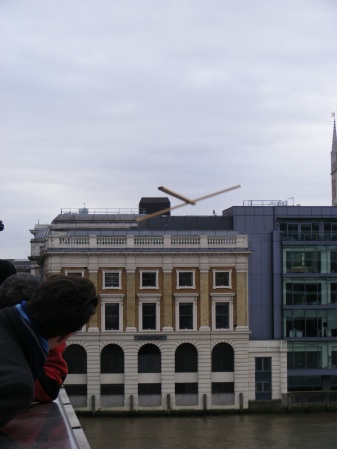 The cross is hurled from the bridge 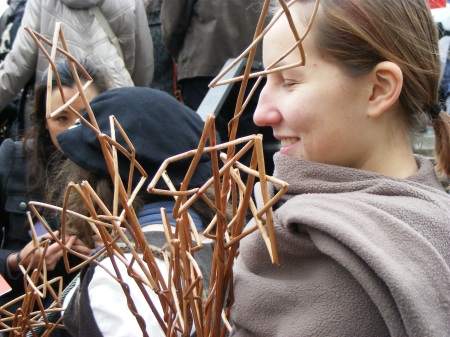 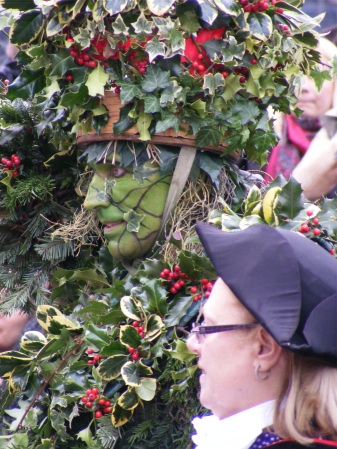 Holly Man and Mayor of Southwark 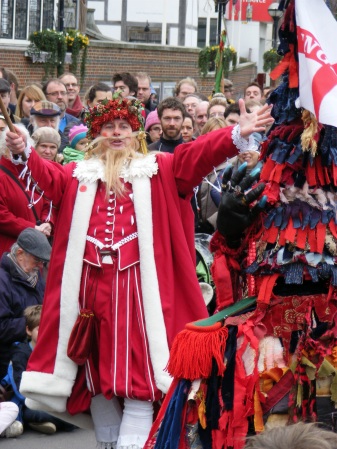 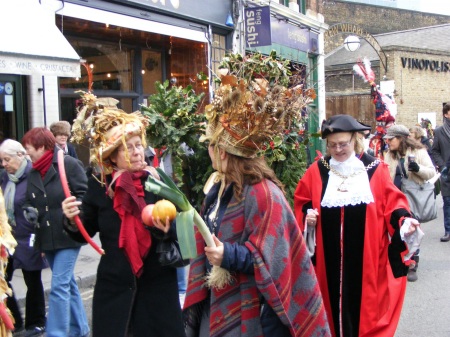 King and Queen of the Revels

On Baptism Sunday, Southwark Cathedral's congregation processed on to London Bridge shortly after midday to meet members of riverside St Magnus Church in the City for the annual blessing the river.

In accordance with ancient church tradition, a wooden cross was thrown into the water as a symbol of Christ's birth and baptism.

Upstream on Bankside, the Holly Man, the winter guise of the Green Man who appears at October Plenty, arrived at the riverside steps in front of Shakespeare's Globe in the afternoon for the Lion's part's Twelfth Night celebration.

The Epiphany, the twelfth day of Christmas, was on Friday 6 January and celebrations were held over the weekend in churches and at The Old Vic.

The Lion's part performed a mummers play at Bankside Pier. Humorous references to the economic crisis and the coming Olympics were enjoyed by a huge crowd which responded in pantomime style.

Cake was distributed at the end of the entertainment and the two people who found a pea inside their individual cake were crowned King and Queen. The orb and septre took the form of winter vegetables.

The Holly Man, accompanied by Mayor of Southwark Lorraine Lauder, led the King and Queen in procession through Borough Market to more revels at The George in Borough High Street.

Later in the afternoon the river was again the focus of activity when a rehearsal was held for the Queen's Diamond Jubilee River Pageant.

Rowing boats powered by outboard engines and under the command of Sea Cadets navigated the ebb tide to assess the ability of 500 vessels to maintain a 6 knots speed in similar conditions next June.

The flotilla, led by a Port of London Authority launch, passed under Westminster Bridge on time at 3pm and reached Blackfriars Bridge ten minutes later.