Shock for Connex staff at Blackfriars

Connex office staff in Blackfriars Road have been surprised to learn that jobs may go this autumn. 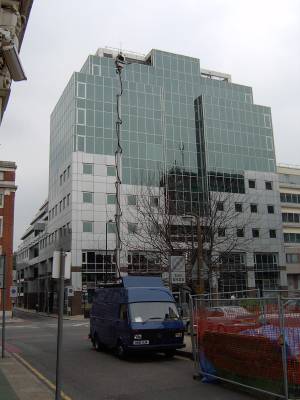 Troubled train operator Connex has been stripped of its franchise by the Strategic Rail Authority due to its failure to run services on time. Connex has received extra public subsidy but, according to the SRA, had to be sacked "in the interests of taxpayers and passengers".

The management was informed of its dismissal on Thursday night whilst many headquarters staff heard the news on the radio or when they arrived at work. During the day the media gathered in Blackfriars Road and Nicholson Street opposite hoping for a mangement response.

French-owned Connex has been given a six-month notice period which expires in December. In the New Year the south-east railway will be state run. At present tax-payer subsidy to the private railways is higher than the government grant received by British Rail in the early 1990s.

Suzanne May of the London Transport Users Committee said: "Taxpayers are entitled to value for the subsidy they provide."