Canon Gilly Myers of Manchester Cathedral is to be the next Precentor of Southwark Cathedral. 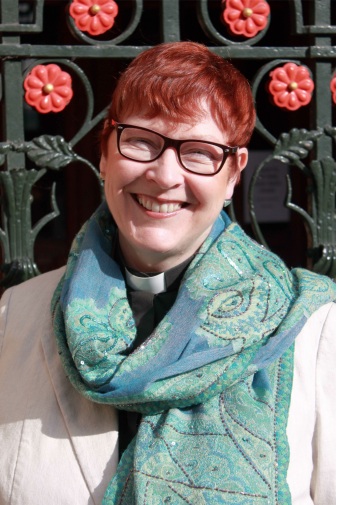 She succeeds The Very Revd Andrew Nunn who became Dean of Southwark in January. Canon Myers has been Precentor of Manchester Cathedral since 2008.

The announcement was made on Sunday at the beginning of the Choral Eucharist at Southwark by the Dean who said: "I am delighted at the appointment of Canon Myers as Canon Precentor at Southwark. Gilly brings to the task a wonderful range of experience both in cathedrals and in the development of liturgy.

"I am excited to see what fresh eyes and imagination can bring to the wonderful liturgy at Southwark Cathedral which will help us to respond in worship and mission to the needs of the church in the diocese and city in the coming years."

A precentor is responsible for preparing services which take place in the Cathedral including special services such as memorials and thanksgivings.

Gilly Myers, who is 54, has worked with the Liturgical Commission and written and contributed to books on liturgy. Her own involvement in liturgy began at the age of nine when she sang in her church choir.

"Southwark is a vibrant place – buzzing, colourful, diverse and full of challenges," said Canon Myers who grew up in London. "I am very much looking forward to joining the cathedral team and to working in the Diocese."

Canon Myers is to be installed during Choral Evensong on Sunday 9 September when the Cathedral will be celebrating its patronal festival.

The Dean also announced that the funeral of Eric James, Southwark Precentor from 1966 to 1973, will take place at the Southwark Cathedral on Friday 18 May at 2.30pm.