The premises licence of Premier Food and Wine in The Cut has been revoked by Lambeth Council. 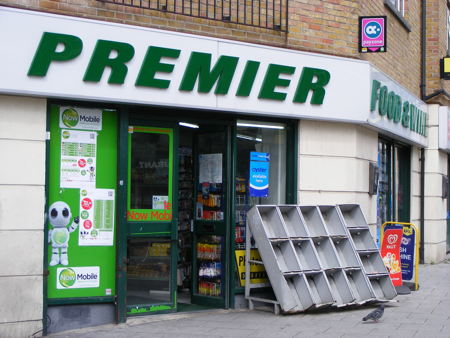 The licensing sub-committee, sitting at Lambeth Town Hall on Tuesday evening, announced its decision having heard evidence from the licensing officer, the police, the Octavia Hill Residents' Association and a ward councillor.

The council's trading standards department had requested a review of the licence on the grounds of prevention of crime and disorder, protection of children from harm, prevention of public nuisance and public safety.

Sub-committee chair Cllr Alex Bigham said that the committee was satisfied that counterfeit goods were on the premises and on multiple occasions staff without the right to work in the UK had been found working on the premises.

Earlier the committee had received a long report from Lambeth Trading Standards officer Bernard Conmy about sales of alcohol to under age children over a three year period.

On the first occasion the child was served by a male who according to the immigration authority had entered the UK illegally and absconded after his claim for political asylum failed. The designated premises supervisor was not present during the sale.

On a later occasion a child was served alcohol by a male who, according to the Home Office, should not have been working in the UK. Again the designated premises supervisor was not present.

"Since 2009 on at least four occasions staff without the right to work in the UK have been working at the shop," said the officer's report.

A sale of alcohol to a child had been recorded in February this year.

In March 2010 counterfeit bottles of Bollinger champagne were found on display.

A Lambeth police officer reported on visits to the shop and an attempt to arrange a voluntary verbal agreement not to sell single cans.

"These premises have been a thorn in the side of the local community for a number of years," said Mike Tuppen, speaking for the residents' association. "And they have been consistently selling alcohol to persons who are already intoxicated.

"On a regular basis you can see persons sitting outside on the bench aggressively begging to enable them to go into Premier Food and Wine and purchase an extra can of extra strong lager. It's like pouring petrol on a burning building.

"These persons become so intoxicated that they cause nuisance and distress to local residents, annoyance to local businesses and this can be verified by the support given to this review by the South Bank Employers' Group."

Bishop's ward councillor Diana Braithwaite pointed out that the other end of The Cut, being in Southwark, was within a saturation zone for premises licences. Turning to sales to under-age children she added: "There is no excuse for that to happen. No ID, no sales."

Licensing agent Peter Doyle, speaking for the shop, said that his client did not wish to contradict anything that had been said about sales to persons under age in 2009. Action had been taken to remove anyone involved and training had taken place.

Three points raised by the police – change of designated premises supervisor, stopping sales of strong beers and change of display – were accepted.

Mr Idris Sheikh, a shop partner and son of the supermarket's new designated premises supervisor, said that the shop had objected to a bench being placed outside. It was unfairly assumed that those sitting on it and drinking had made purchases at the shop.

On the question of counterfeit drink, Mr Sheikh said that all stock was purchased from a named cash and carry.

Employment law was adhered to and new employees had produced copies of immigration documents entitling them to work. Everyone's tax was paid. Two people who were arrested had been released without charge.

The supermarket has 21 days in which to appeal against the ruling.