Parts of Southwark Bridge Road and Great Suffolk Street were sealed off during the Wednesday evening rush hour as armed police officers surrounded a building. 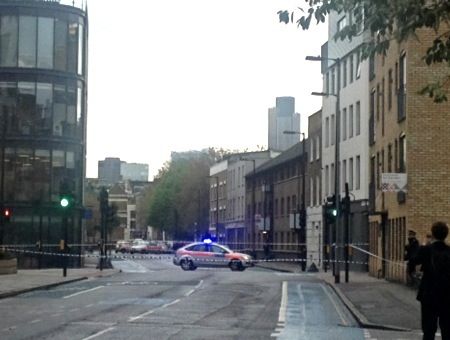 Police were called at 4.45pm by members of the public who reported a robbery in progress outside Borough Underground Station.

45 minutes later in a building on Southwark Bridge Road a man was arrested on suspicion of robbery and taken to a South London police station.

Although armed officers conducted the operation a Metropolitian Police spokesman told the London SE1 website that no firearms were retrieved in the course of the arrest.

A police helicopter circled overhead for some time.

The building at the centre of the operation was the hostel opposite the British School of Osteopathy clinic.

Drinkers at the Goldsmith pub, including London Fire Brigade staff attending a colleague's leaving party, were ordered by police not to leave the building.