House of Switzerland opens at Glaziers Hall and Southwark Cathedral

The Swiss ambassador to London and the Mayor of Southwark fired starting pistols on Friday evening to open the 'Red Zone', the official home of the Swiss Olympic team next to London Bridge. 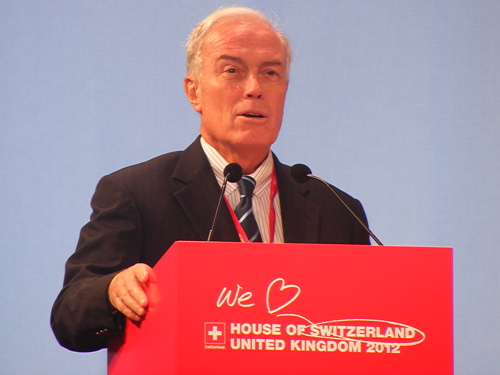 HE Anton Thalmann, ambassador of Switzerland to the UK 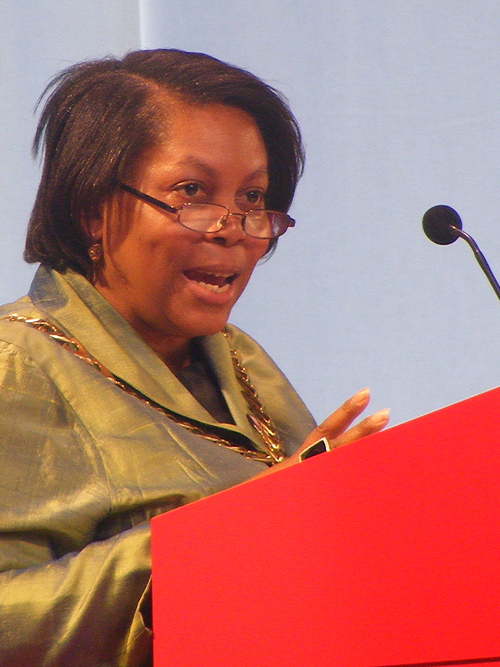 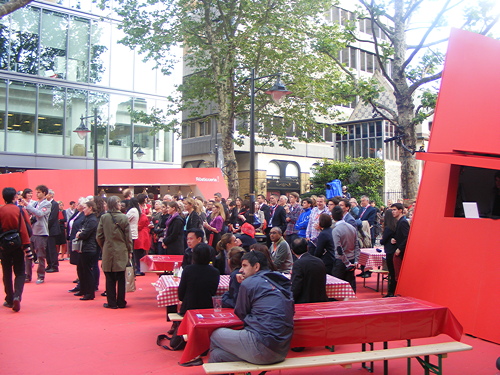 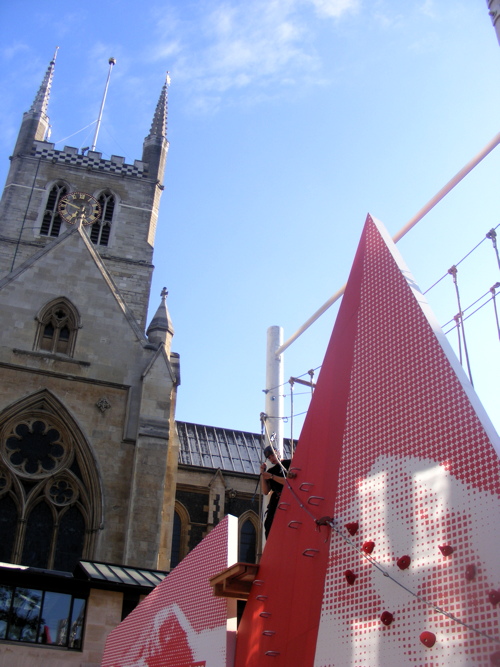 A climbing wall has been built in Southwark Cathedral's Millennium Courtyard 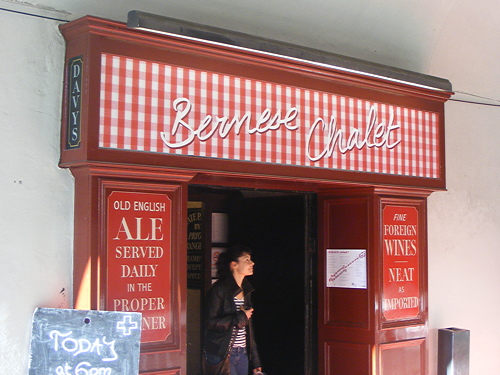 The Swiss authorities have taken over Glaziers Hall, Cathedral Square, Southwark Cathedral's Millennium Courtyard and The Mug House for the three-week event which is expected to attract 250,000 visitors.

In recent days contractors have worked against the clock to build stages, climbing walls and other striking red structures.

"They say that Rome wasn't built in a day, but looking around me and seeing the transformation that has been wrought in and around Glaziers Hall since construction work began, I think we can boast that, here in Southwark, Switzerland was built in a week," said HE Anton Thalmann, Swiss ambassador to London.

Events will include live music and movies, activities for children and families and celebrations of traditional Swiss sports, music and crafts such as folk wrestling and cheese rolling at the Bernese Games (4 and 5 August) and on Swiss National Day (1 August).

The House of Switzerland boats three different restaurants serving food by Mosimann's. There will also be a mix of discussion forums, exhibitions and networking sessions.

"We are delighted to welcome the Swiss Olympic team to Southwark," said Cllr Althea Smith, Mayor of Southwark.

"Working in partnership with Southwark Council, Glaziers Hall and Southwark Cathedral, Presence Switzerland have done a wonderful job in creating a really welcoming and enjoyable experience for all visitors.

"This is definitely a 'must-see' for everyone hoping to experience traditional and modern-day Swiss culture, even on a rainy day.

"This summer, Southwark is abuzz with exciting activities with everyone keen to celebrate the Olympic Games. We are so lucky to be one of the few London boroughs to welcome both the Olympics and Paralympics torches, which we plan to really celebrate with our communities across Southwark."