The Paralympic Torch arrived in SE1 during pouring rain and more than two hours behind schedule after time was lost during the night run from Stoke Mandeville. 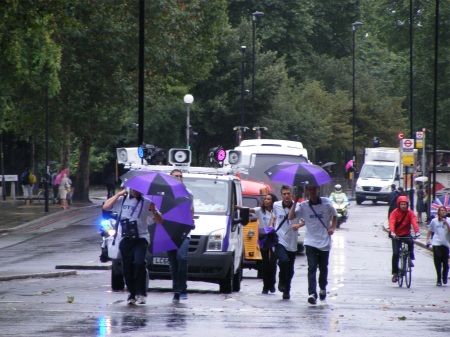 Sponsor representatives battle with the rain in Lambeth Palace Road 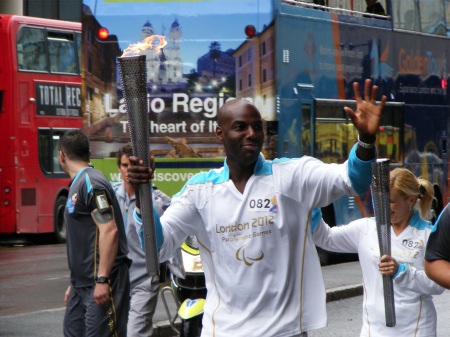 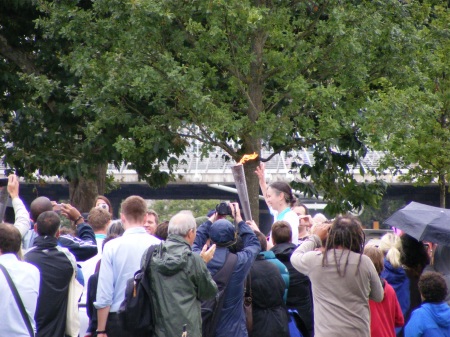 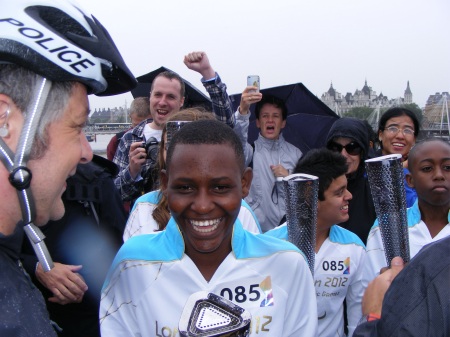 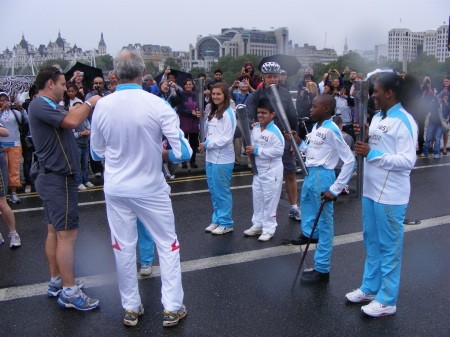 Young torch bearers at the Lambeth boundary on Waterloo Bridge 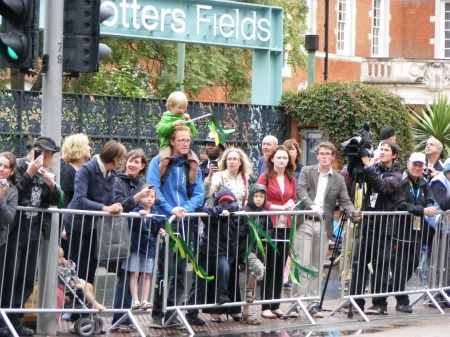 The crowd waiting at Potters Fields 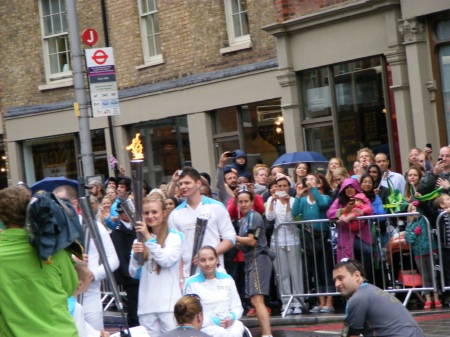 The relay pauses in Tooley Street

Crowds were thin in Lambeth Palace Road as the flame came over Lambeth Bridge on Wednesday afternoon but people came out of St Thomas' Hospital and the Park Plaza Westminster Bridge when the rain briefly stopped.

The roadside crowds suddenly appeared and grew as the procession entered York Road and paused by the London Eye. For a moment a torch bearer appeared to be lost in a large crowd as she turned out of Jubilee Gardens on to the riverside.

There was an exchange of torches as the flame was passed on at the Lambeth borough boundary on Waterloo Bridge where another group was waiting under umbrellas.

By the time the flame had toured The City it entered Southwark by way of Tower Bridge almost three hours late.

A lunchtime welcome by Mayor of London Boris Johnson at City Hall had been cancelled and instead the procession, including advance sponsorship vehicles, reassembled in Tooley Street where a huge crowd was waiting.

The cavalcade reached Jamaica Road, heading for Rotherhithe, at about 4.20pm. Speed was soon built up and the Swedish Olympic cafe in Lower Road was passed within fifteen minutes.

Among those carrying the flame in Lambeth was 13 year old Morwenna Spencer who was joined by two 16 year old Londoners.