Detective have released an image of two women they wish to speak to following a shooting in the Old Kent Road in August. 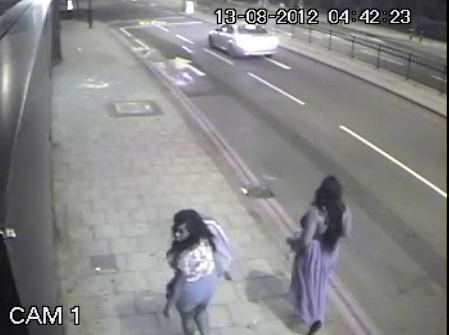 The CCTV still has been released nearly two months after the shooting on Monday 13 August.

Police were called at 4.55am to reports of a man who had been injured and was being treated at a London hospital.

The victim, a 31-year-old man, was shot outside the Favour club close to McDonald's and Asda in Old Kent Road.

The victim was taken by car to hospital where he was treated for a gunshot wound to the leg.

Detective Constable Bryan Sullivan of Trident said: "I would urge the two women in the above image to make contact with the Trident inquiry room as soon as possible. They may hold valuable information."

The victim has since been discharged from hospital. There have been no arrests.