Murder on the Old Kent Road

Detectives from the Serious Crime Directorate are appealing for witnesses to the murder of an 18 year old man from Catford who was stabbed and mortally wounded in the Old Kent Road at about 10.10pm on Wednesday 10 September. 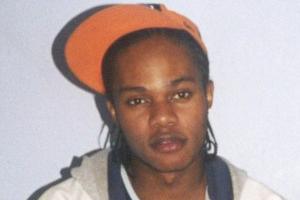 The man has been named as Colin Igwe. He was attacked about a group of black youths in Malt Street, SE1.

Eyewitnesses say that an argument developed and three of the youths attacked Mr Igwe. He was stabbed and mortally wounded. The suspects, who were black and wore hooded clothing, ran off towards the Old Kent Road. A member of the public assisted the victim and called police officers to the scene. Immediate first aid was administered without success. The London Ambulance Service and the air ambulance helicopter attended.

DI John Oldham, who is leading the investigation, said: "We know that there were many people in the area when this tragedy occurred. I would appeal to anyone in the vicinity either at the time of the incident or beforehand who may have seen both the suspects and the victim to come forward."