A new Channel 4 show that follows a group of unemployed men as they are taken through their paces at Santa School in Southwark - but only the best will make it into the grottos in time for Christmas. 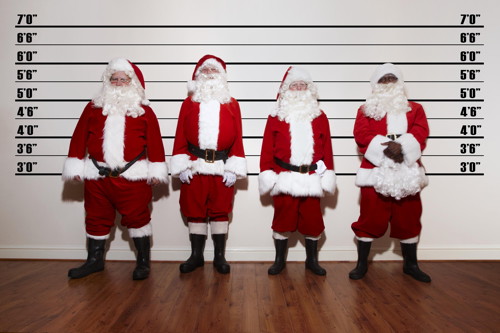 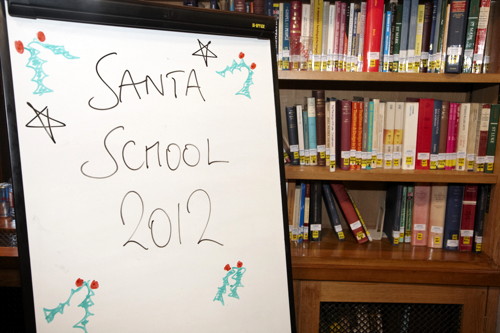 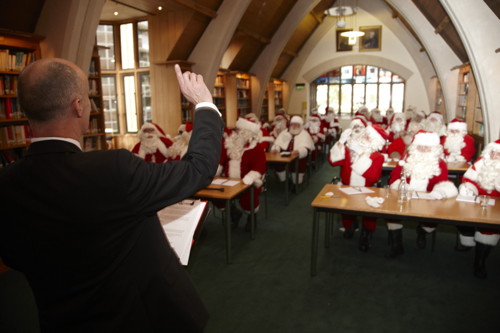 Santa School in the Garry Weston Library at Southwark Cathedral

The Great Suffolk Street-based company Ministry of Fun has been organising anarchic PR stunts and training up would-be Father Christmases for a decade and a half.

For Channel 4's two-part series Bad Santas, MoF's James Lovell and Matt Grist offered a unique opportunity to a carefully selected group of men who have had a difficult past and are looking to make a fresh start.

James and Matt wanted to give them the chance to regain their confidence and find employment.

Whilst working with the MOF, the men must attend Santa School and pass a number of challenges from learning how to wear a Santa costume with confidence, how to perfect the art of a jolly 'ho ho ho', learn the most popular toys for Christmas and most importantly, how to deal with those tricky questions from children.

The company's annual Santa School is held in the Garry Weston Library at Southwark Cathedral.

Episode 1 will follow Santa trainers James Lovell and Matt Grist as they make their shortlist from a great range and mix of Santa wannabes including men who are homeless, jobless, on the sick and even those who have had a brush with the law. The successful candidates will be put through some tough training before they are allowed to graduate as Santa.

The second episode follows James and Matt trying to get work for the Santas and their subsequent employment. The programme shows how some are more successful than others, and just how tough it is to get work when you have a criminal record on your CV.