SE1 to lose both its 24-hour police station front counters

Both of SE1's police stations are to have their public access reduced from a 24-hour service to daytimes-only under plans announced on Wednesday. 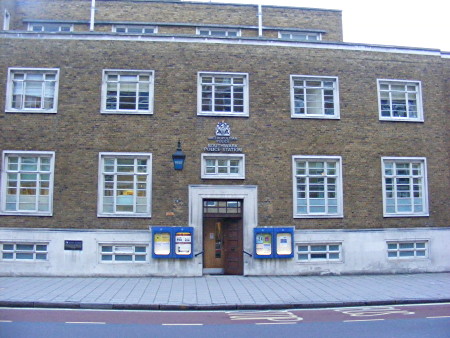 Elsewhere in Southwark, only Peckham Police Station will retain a 24-hour front counter for public enquiries, with Walworth Police Station also open during the daytime only. Camberwell, East Dulwich and Rotherhithe stations will close entirely.

In Lambeth, the only round-the-clock front counter service will be at Brixton Police Station, with a daytime service offered in Streatham. Front counters in Cavendish Road, Gipsy Hill and Clapham are all earmarked for closure.

The front counters will be replaced by new 'contact points' where the public can report crime and make enquires. Some of these contact points will be in council buildings such as libraries. A partnership with the Post Office is also being considered.

The estates strategy published by the Mayor's Office for Policing and Crime (MOPAC) also includes the refurbishment of the Met's large Lambeth Road office building which will accommodate some staff displaced from New Scotland Yard when that building is sold off.

The police station shakeup is part of a wider reshaping of policing in London with the current ward-based safer neighbourhood teams reorganised into larger teams covering larger areas.

Each ward would continue to have one named police constable and one police community support officer allocated to it, but larger safer neighbourhood teams led by inspectors will carry out most day-to-day local policing.

"We are changing the emphasis of what we do," said Assistant Commissioner Simon Byrne. "Neighbourhood policing will be the foundation of the service we provide. We will have an inspector in every neighbourhood area who is held locally accountable to drive down crime and boost the number of criminals we arrest."

A London-wide consultation on the plans begins with public meetings in Lambeth and Southwark on Wednesday night.