Chaplin Close sheltered housing to be downgraded in Lambeth plan

A sheltered housing scheme in Waterloo with 28 homes for older people is likely to be converted to social housing under plans approved for consultation by Lambeth Council's cabinet. 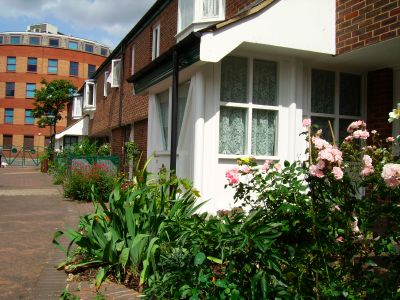 Chaplin Close residents travelled to Brixton to hear the cabinet discuss the proposals at Lambeth Town Hall on Monday night.

Introducing the report, Cllr Jim Dickson, Lambeth's cabinet member for health and wellbeing, said: "We have some proposals that will enable us to work with residents over the next 10 years or so in order to provide older people's housing that is as good as any in the country."

Under the council's preferred package of measures, Chaplin Close would be converted to general needs council housing designated for older people.

The council has also considered selling Chaplin Close, with the cabinet report noting the high value of the land in a sought-after area.

George Marshman, Lambeth's divisional director of adult social care, told the meeting that the change from sheltered housing to older people's social housing would not have a major impact on residents, despite a reduction in warden services.

"The definition of social housing for older people will mean that that housing facility will broadly offer the same range of services that it does now," he said.

He added: "It is not our intention with those schemes that are going to be retained to change the system or the services dramatically."

The council will now consult residents on its proposals before a final decision is taken in the summer.