This week Kate Hoey MP performed the official opening ceremony at Xenia, a student residence in the former Christian Alliance Centre at Waterloo. 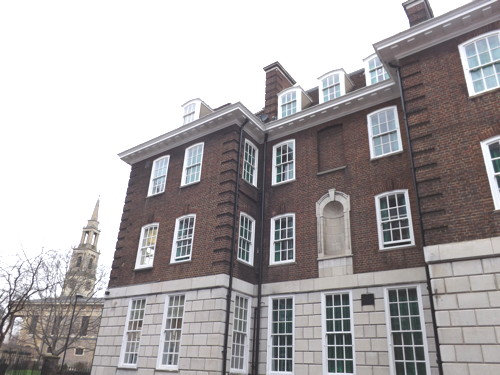 Xenia is situated next to St John's Waterloo 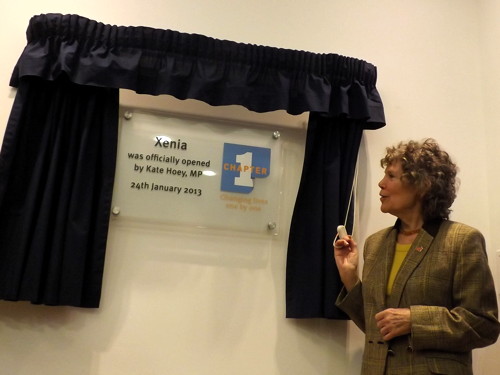 The 100-year-old building bounded by Secker Street, Exton Street and Cornwall Road was once part of the Union Jack Club, but by the 1970s it had become the Christian Alliance Centre.

Initially providing supported accommodation for vulnerable young people new to London, it developed into a residence for international students at central London colleges and universities.

The Christian Alliance Housing Association – which changed its name to Chapter 1 in 2009 – has spent Ł9 million upgrading the Waterloo building.

Now known as Xenia – from the Greek concept of hospitality – the 150 room residence is now used by Imperial College students under a three-year deal with the charity.

Guests at Thursday's opening ceremony included 93-year-old Waterloo resident Rosa Wright who served as warden at the Christian Alliance Centre for a decade from 1982.

"This is a proud day for Chapter 1," said chief executive Geoff Hawkins.

"It's about much more than just a new building. Xenia provides a home for students who are living and studying away from home. Investing in new work is at the heart of our business strategy.

"We have been willing to invest in a difficult economic climate, because we were confident we had something special to offer the student market. Now we have state of the art student accommodation which will provide the charity with a steady income for the future."

Paul Noke, head of residential services at Imperial, said: 'It's important that our students have access to high quality but affordable accommodation that is also well managed. This new partnership with Chapter 1 will deliver just that.

"The completion of Xenia adds to the amount of choice available to students here at Imperial, offering a selection of room types and rents, together with high quality communal facilities and experienced staff."