Police officers investigating a five-week crime spree in Borough and Bankside in which a "substantial number" of windows have been smashed have released a CCTV image of a man they wish to trace. 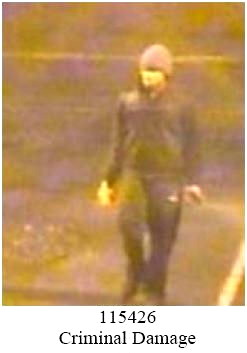 Police say that they have have increased the number of patrols in the area with officers from the local Cathedrals safer neighbourhoods teams offering advice to victims.

The incidents – in which windows have been smashed with bricks – have centred on Copperfield Street, Marshalsea Road and Union Street.

“I would like to reassure the local community that police in Southwark are handling these incidents very seriously and we have a large number of borough officers out in the area, talking to local people and making sure every crime is reported," said Sgt Stephen Dutton of Cathedrals SNT.

Sgt Dutton and his colleagues are appealing for anyone with information to call them on 020 8721 2801 quoting the image reference number 115426. Alternatively, you can call 101 if the team is not available or 999 in an emergency.

You can report information anonymously by calling Crimestoppers on 0800 555 111.

• A public meeting has been called for 7pm on Friday 1 March at the Ability Media Centre in Southwark Bridge Road.