A man who sexually assaulted two women has been banned from the London Underground network for five years. 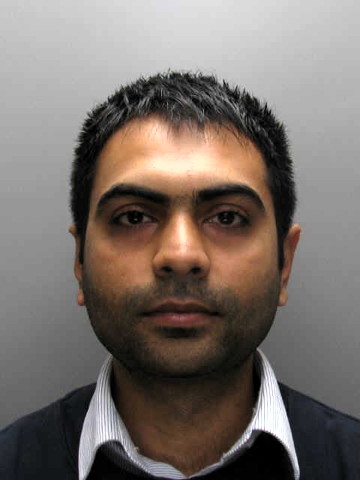 29-year-old Tanveer Akhtar from Bromley-by-Bow appeared at Blackfriars Crown Court on Friday after pleading guilty at an earlier hearing to two counts of sexual assault.

The first incident happened at around 8.30am on 27 July last year on a Northern line train as it travelled north from London Bridge.

The 35-year-old victim boarded the busy train and during the journey Akhtar ejaculated on to her hand and bag.

The woman confronted Akhtar but he left the train at Bank station and disappeared into the crowd.

The second incident happened at around 8.15am on 3 October on a Central line train from Mile End station.

BTP officers were patrolling the station at the time and were watching Akhtar as they had seen him acting suspiciously on the platform around women.

When a 22-year-old woman boarded a train, Akhtar deliberately stood behind her and inappropriately touched her.

The officers had boarded the same train and witnessed the incident and immediately arrested Akhtar.

Akhtar's DNA was taken, which matched the evidence found on the first victim's bag.

At court on Friday was handed a community order for 24 months where he must comply with a community sex offender's programme and was given a 24-month supervision order.

Akhtar was also given a sexual offences prevention order banning him from the London Underground for five years and he was placed on the sex offenders register for five years.

Akhtar had already served 112 days in prison while on remand.

Judge Blacksell described Akhtar as a "sexual pest" and told him that women should have the right to travel on public transport "without the fear of assault by you in this disgusting and self-satisfying way".

Speaking after the sentencing, PC Olly Saunders said: "BTP officers were suspicious of Akhtar as he was not behaving as a regular passenger. He was clearly watching and following female passengers and so the officers started following him.

"The first victim's bag was found to contain DNA matching that of Akhtar, while BTP officers witnessed the second incident. Faced with this irrefutable evidence, Akhtar was left with little option but to plead guilty."

PC Saunders added: "While this type of offence is extremely rare on the London Underground, we understand that it is an extremely upsetting and intimidating experience for anyone who is a victim.

"We take all reports of sexual assault very seriously and do everything we can to identify and arrest the offender.

"I urge anyone who suspects they have been a victim of a sexual assault to report it to police so that it can be properly investigated."