Five men were arrested by the Metropolitan Police's territorial support group on Friday as part of a multi-agency investigation into the production and distribution of counterfeit DVDs. 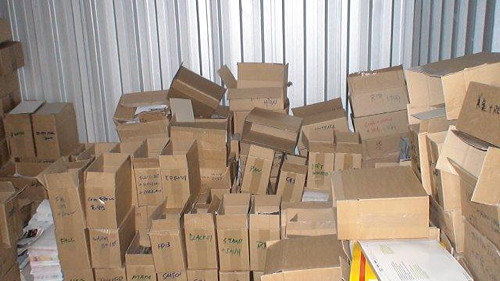 TSG officers working in partnership with Federation Against Copyright Theft (FACT) and Southwark Council trading standards officers had to force entry to an address in SE1.

Once inside, they recovered six boxes of printed inlays to be packaged along with counterfeit DVDs. Four men were arrested at this location. A search of the premises revealed a substantial quantity of drugs and cash.

A fifth man was arrested at an address in Lewisham for suspected involvement in the distribution of counterfeit DVDs.

"This is another example of the diverse work the TSG are involved in on a daily basis," said PC Tom Sincock.

"As a result of intelligence that dedicated FACT and trading standards officers have submitted to the Met we have coordinated warrants at three separate addresses.

"The result has been five arrests for counterfeit offences and a seizure of a large amount of counterfeit DVDs, inlays and copying equipment.

"TSG Financial Investigators, who were present at the raids, now begin the painstaking investigation into the businesses and individuals involved in this organised criminal network."

Cllr Richard Livingstone, Southwark's cabinet member for finance, resources and community safety, said: "We know from the recent difficulties of HMV amongst others that this illegal manufacture and supply of counterfeit DVDs is helping kill off our high street shops.

"That is why we are taking a very active role in clamping down on illegal counterfeit goods. Anyone found working alongside those individuals and organised criminals creating and selling fake goods is liable to find themselves under investigation, arrested and potentially imprisoned."