The little-known Stone Theatre Gallery under the railway arches off Hercules Road is for a month filled with huge marble sculpture and large forest photographs. 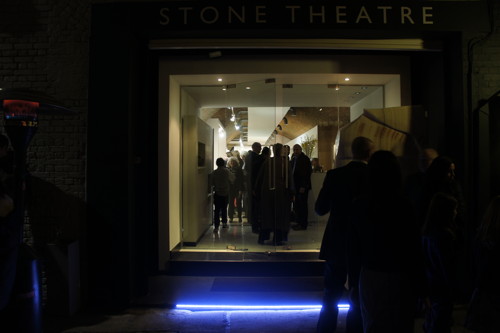 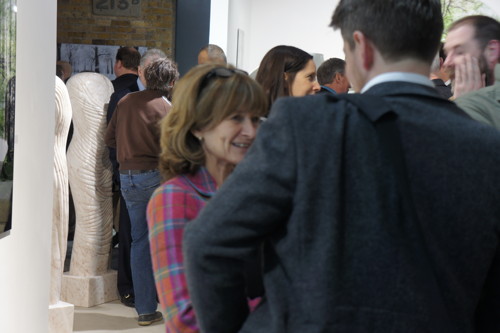 The former are by sculptor Paul Vanstone and the latter by photographer David Anthony Hall.

Paul Vanstone has called his exhibition Form to reflect the many onyx and marble heads and torsos. The onyx examples are in Iranian, Iranian Red, Parkistan and Turkish. The marble includes Belgian Black, Portuguese, Indian Rainforest, Italian Tuscan, Tinos Greek and Carrara Italian.

These are all striking pieces standing in pebbles each side of the indoor walkway.

Vanstone has worked at the traditional marble carving studios near the Carrera quarries in Italy and learnt Indian marble carving techniques in Rajasthan.

Afterwards he was an assistant to Anish Kapoor carving works shown at leading galleries including the Tate Modern. Vanstone's own work has been shown at the British Musem and the Victoria & Albert Museum.

Vanstone's smooth surface works also feature in gardens and most notably at Lord and Lady Carrington's manor house in Buckinghamshire. In the gallery with the large forest photographs there is also the feel of being in a garden. Indeed Paul Vanstone's sculptures once enhanced a David Anthony Hall exhibition at the Cheslea Flower Show.

Hall's Forest exhibition at the Stone Theatre Gallery is a series of his very large prints capturing light filtering through trees. It is often possible to appreciate tiny detail on a leaf. This is achieved by his unusual method of mounting ultra-high-resolution prints on acrylic.

All seasons receive his treatment from spring and autumn to snow and there are different trees at different times of day and night.

This unusual collaboration can be seen at the gallery alongside CP Hart bathroom showroom Monday to Saturday until 11 May.