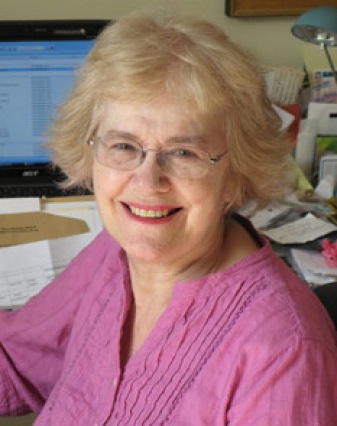 "She's been part of Waterloo life for five years, involved in all sorts of different ways. Her ready smile and generous heart are going to be sadly missed. Our thoughts and prayers are with all who are grieving her passing."

Alison, also known as Ali, was missed on Sunday 17 March when she did not arrive at St John's. Her body was discovered later at her home and her death was confirmed as having taken place on the previous Friday.

The death of the 68 year old priest has been described as "a terrible shock" to the St John's congregation.

She worked in international development for over thirty years with major agencies including Oxfam, UNICEF in New York and Lower Marsh-based Christian Aid. Her experience included radio training and working in front line crisis areas such as Iraq and Bosnia.

More recently she was an area Chair of the Southwark Diocese's Zimbabwe Link Committee. She visited the country last year.

Alison Warner was ordained at Southwark Cathedral in 1995. Her death was announced in the cathedral by the Bishop of Southwark at the start of the Maundy Thursday Eucharist attended by Southwark clergy.

She leaves a sister and brother as well as four nieces.

The funeral is at St John's Waterloo at 11am on Friday 12 April followed by a reception. The cremation, to which everyone is also welcome, is at Honor Oak Crematorium at 3.15pm.