The Weather Project at Tate Modern

Tate Modern's great Turbine Hall which closed in the summer has reopened with a giant sun seen through a mist. 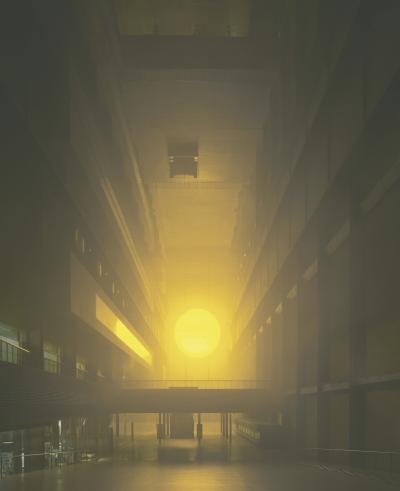 The Weather Project is the fourth commission in the Unilever Series which has given us controversial installations by Louise Bourgeois, Juan Muþoz and Anish Kapoor.

This latest installation to dominate the Tate Modern entrance is by Olafur Eliasson.

How much the weatherscape will change over the next six months remains to be seen. Will it look different at night and in the deep winter? Has the artist prepared built-in surprises? 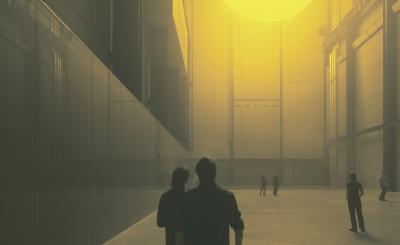 One surprise is the vast glass ceiling. This is not as high as it looks if you go up to level five and examine the temporary roof. Indeed half the sun, which you can walk behind, turns out to be a reflection.

The Danish/Icelandic artist may not have imported the fungus and duckweed that featured in his Mediated Motion in Austria but he has brought a promise of its swirling fog.

This, being live, could be the must-go-to successor to David Blaine.

• The Weather Project is at Tate Modern daily until Sunday 21 March.