A new mobile market stall with a chicken totem was unveiled in Waterloo on Tuesday as part of the area's St George's Day celebrations. 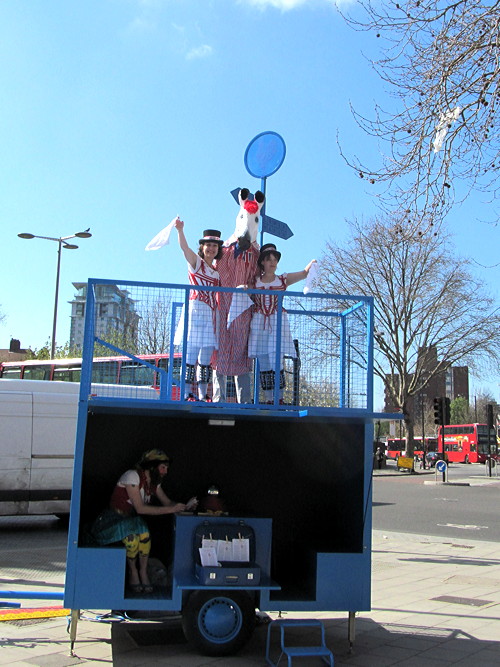 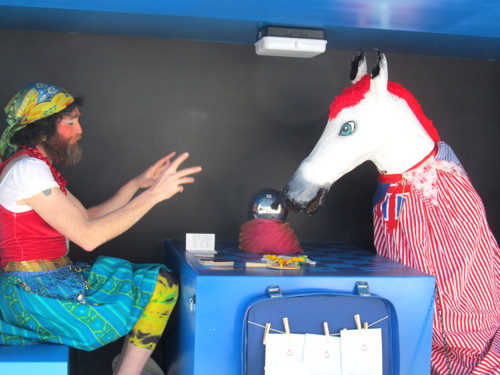 Mystic Timberlina tells the fortune of Betley the horse 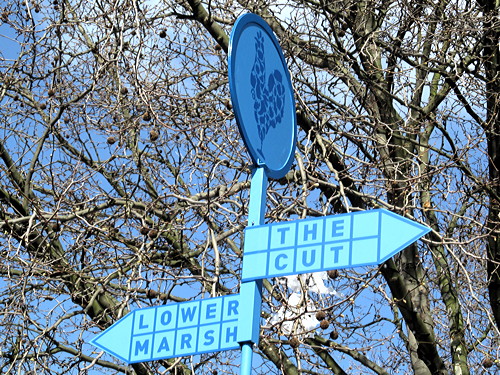 Inspired by 'totem' structures found on London's historic street markets and Lambeth's rich history of fortune tellers and mystics the new multi-functional stall is part of the continued rejuvenation of Lower Marsh Market.

Entertainment at Tuesday's event included performances from the Belles of London City, an all-female quartet of corseted Morris dancers, and fortune-telling by Mystic Timberlina.

In future the new stall will act as a local information point, a portable anchor around which new satellite markets can be staged and a signage tool to help people find their way around the area.

Designed by aberrant architecture the new satellite market stall is a multi-functional structure incorporating a covered seated area with built-in chess board, a stage on the roof for perfomances and a special 'chicken' signpost.

The stall is inspired by drawings of 'totem' structures found in Hugh Alley's idiosyncratic 16th-century A Caveatt for the Citty of London which were used as markers around which different traders assembled, often representing the part of the country where the produce was from.

In addition the stall's design is influenced by Lambeth's history as a market area renowned for fortune tellers and mystics. The giant chicken sign being used at the top of the structure reflects stories of chickens being used to tell people's fortunes, a tradition that goes back to Roman times. The sign is also formed of images of livestock, food and household items all sold on the 'New Cut' market according to records from 1849.

Commissioned by Waterloo Quarter BID, the stall is part of the 'Portas pilot' project for Lower Marsh and The Cut funded by the Mayor of London.

"The idea behind the stall is for it to complement the existing shops in Lower Marsh and on The Cut by directing people around the area and promoting Waterloo as a vibrant shopping destination," said Helen Santer, chief executive of Waterloo Quarter BID.

"It will be moved around the wider area to act as a satellite sign-post for the Lower Marsh Market and play an active role at events like the Waterloo Food Festival."

Future 'Portas pilot' initiatives in Waterloo include the Fantasy Cafe which opens in Lower Marsh in July.