A prolific pickpocket who stole from tube passengers has been jailed and banned from the London Underground following a British Transport Police investigation. 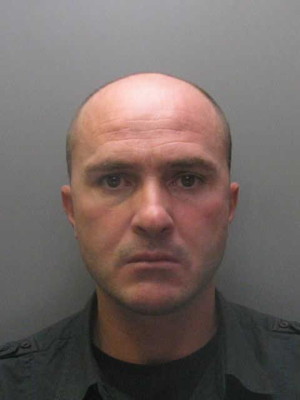 He was sentenced to 12 months in prison and was handed a three year antisocial behaviour order (ASBO) banning him from the London Underground network.

Scintei committed the first offence at around 6pm on 22 October 2012 at Piccadilly Circus tube station.

The victim, a student tourist who was with nine friends, was waiting for a train on the westbound platform.

A police officer was patrolling the station at the time and noticed Scintei acting suspiciously.

The officer boarded the same train as Scintei and the group, but as the doors began to close Scintei jumped back off the train with the victim's mobile phone.

Scintei's second offence was committed at around 5.15pm on 8 November 2012 at Hyde Park Corner tube station.

The victim was waiting on the Piccadilly line platform with a suitcase and a handbag over her shoulder.

As she boarded the train Scintei got on very close behind her, before jumping back onto the platform at the last minute with her purse containing $250 and some credit cards.

On 28 November 2012 Scintei committed the third theft at around 6.15pm at London Bridge tube station.

The victim was standing on the westbound platform with her hand in her pocket, which contained her mobile phone.

As she boarded the train she felt she was being pushed from behind so took out her hand to steady herself.

Scintei quickly grabbed the phone from her pocket before jumping off the train as the doors began to close.

A plain clothes police officer was patrolling Green Park station on 14 December 2012 when he spotted Scintei sitting on a bench.

The officer recognised him as the person wanted for a number of thefts and arrested him.

Speaking after the sentencing, Detective Constable Mark Connor, the investigating officer, said: "Thanks to the quick actions of the patrolling officer at Green Park station, Scintei was arrested and prosecuted.

"Scintei was a prolific offender and is now in jail and banned from the rail network for his deceitful behaviour."

DC Connor added: "BTP has launched Operation Magnum which is designed to crack down on the theft of passenger's property.

"Our pickpocket squad officers are always out on patrol in plain clothes across the Tube network and are highly trained in spotting the kind of behaviour that tells them someone is intent on theft.

"We arrest these types of offenders every day but there are also lots of things that people can do to make sure they protect themselves from pickpockets.

"Remember to zip up your bags, keep your jewellery, mobile phones and MP3 players hidden and stay alert to what's going on around you."