Fire at the Perspective Building in Westminster Bridge Road

Six fire engines were called to the Perspective Building next to Lambeth North Tube Station on Sunday evening. 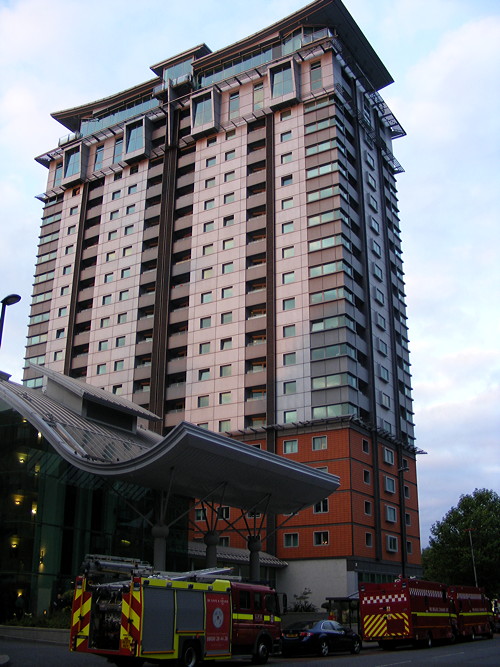 Two people were rescued by firefighters wearing breathing apparatus from a flat on the 18th floor. Another 17 people left the building before the brigade arrived.

Two of the London Fire Brigade's command units were also sent to the scene.

The police and the London Ambulance Service were called to the fire.

Formerly known as Century House, the building was the headquarters of MI6 before it was converted into luxury apartments.

The building has a number of high-profile residents.