Local publicans met Bermondsey and Old Southwark MP Simon Hughes at the House of Commons last week to discuss what the Government can do to regulate the relationships between individual pubs and the giant 'pubcos'. 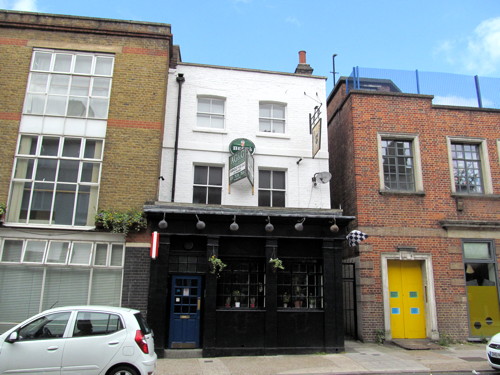 The Bermondsey and Old Southwark MP met local publicans and others from around the country who are campaigning for a better deal for licensees in their relationships with the pubcos which own many pubs.

Among those who visited the Commons were Nigel Smith, licensee of The Union Jack on Union Street, and Bill Sharp from The King's Arms in Newcomen Street.

The MP gave his support to publicans in their efforts to persuade the government to change national legislation in the months ahead.

"My dad and granddad worked in London breweries for much of their lives," said Simon Hughes.

"Our local pubs are fundamental to the character and quality of life in our capital city. We must bring to an end unfair and oppressive terms imposed on local publicans by very powerful national pub companies.

"The more people who support our local pubs this week, the better the chance we have of changing the law in the months ahead."

The Government is currently consulting on what the new arrangements should be and the deadline for responses to this consultation is this Friday 14 June.

Mr Hughes is encouraging every local publican and as many customers as possible to write in.

• Southwark Council is currently considering a planning application (13/AP/1099) for the conversion of The Whitesmiths Arms pub in Crosby Row into a private house.